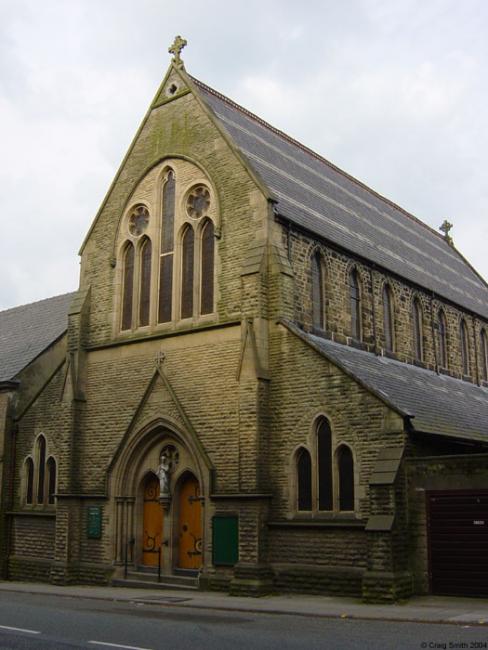 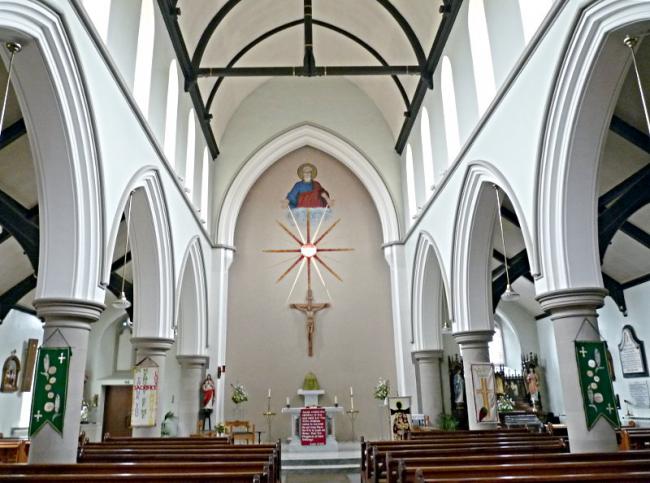 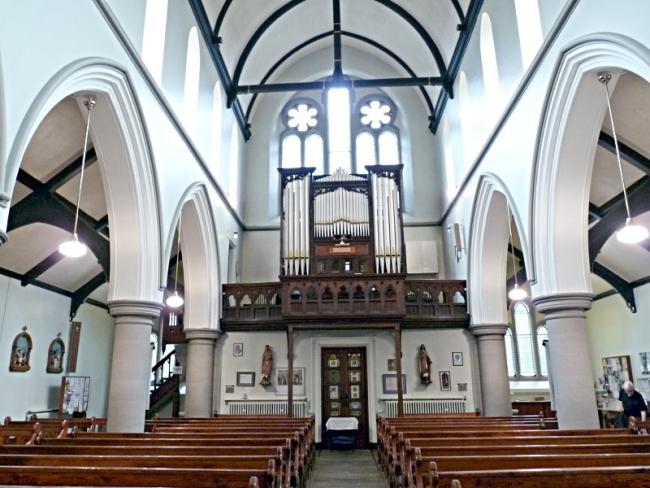 Fr. Laurence Schneider first said Mass here in a small room in 1861. He was replaced in 1863 by Fr. Michael Keating. A Belgian priest, Fr. Bernard De Mullewie, took over the struggling parish in 1869. He first built a school and then a church, which Cardinal Manning opened in 1880.

This zealous priest died in 1893 and the mission was entrusted to the Rev. James O'Riordan, whose long span of thirty years was identified with the consolidation of the parish. Fr. Robert McGuinness, later Vicar-General of the diocese, became Rector in 1923, after serving as Chaplain to the Forces and at St. Patrick's, Bolton.

Mgr. Hill records in his diary that some Bishops on a visit to Dr. Vaughan were amazed by the situation at Ramsbottom and said that it was a fight against nature to build there.