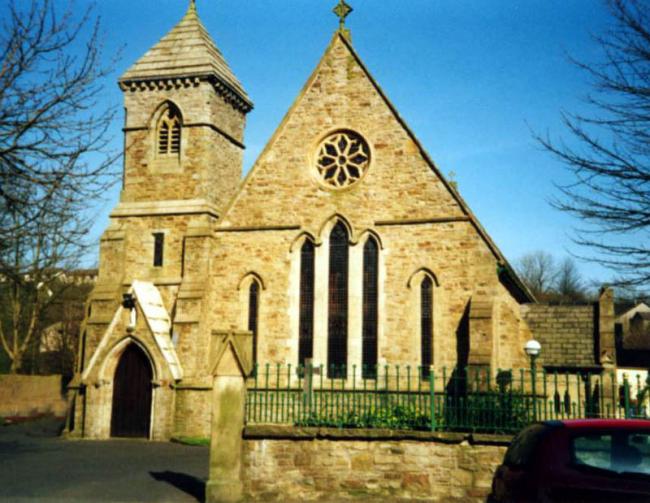 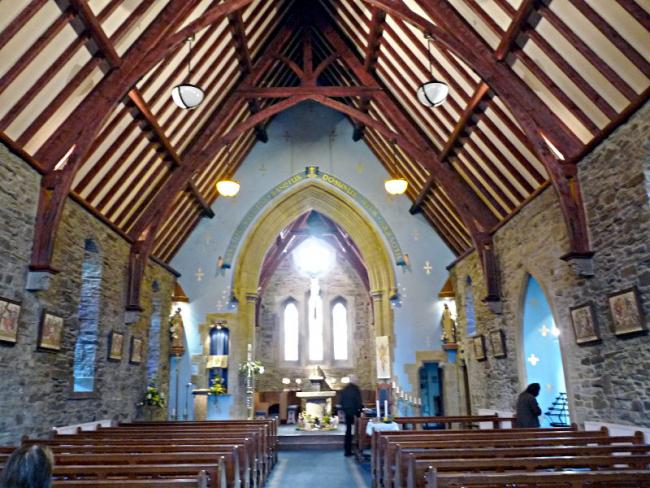 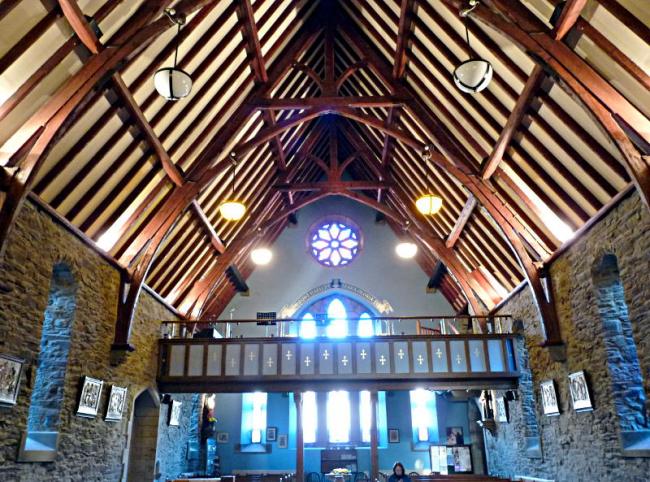 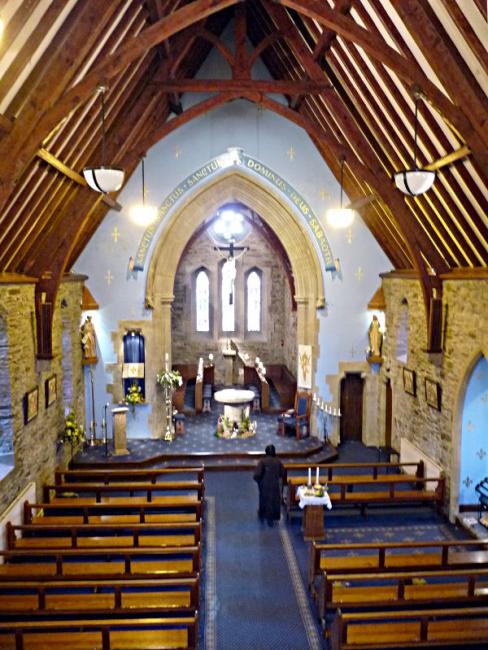 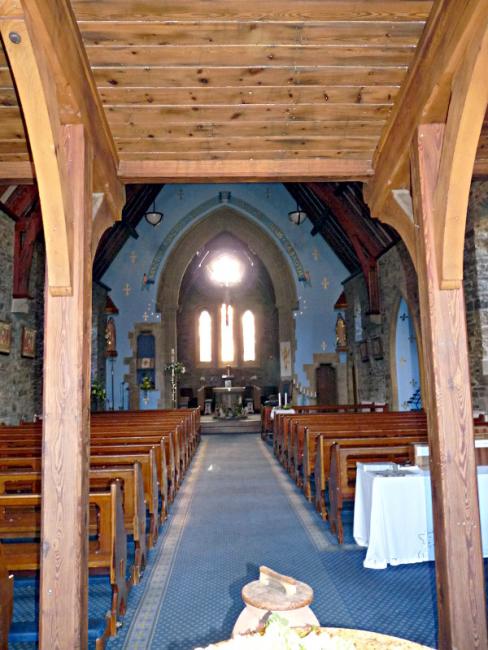 The church in Rossendale owes a great deal to the generosity of the Booth family, who came from Derby in 1784. A Nathaniel Booth, who married a Mary Astley of Chorley, built Hareholme mill at Rawtenstall in 1799. Mr. Booth was a friend of the Towneley family, and was on the Committee that built the first Burnley church. In 1819 there were only 23 Catholics at Hareholme or Crawshawbooth, and for them the Burnley priest sometimes said Mass in an upstairs room at Hareholme mill. The names of the first Catholic families were: Booth, Astley, Ashworth, Brown, Burns, Collinge, Eastwood, Flood, Foster, Gough, Lord, and Plummer. In 1828 there was an increase in the Catholic population by migrants from Manchester, who came to Sunnyside mills, Rawten stall. "Finding that there was no church nearer than Towneley Hall, seven or eight miles distant, and neither wishing to give up their faith nor desiring to make such a journey every Sunday, they laid their case before Mr. John Brooks, who offered them the use of a room in his works at Crawshawbooth, if the priest from Towneley could be brought to give his services. From this time-1828 to 1836 -visits more or less regular were paid to the Valley from Towneley or occasionally from Bury." The first resident priest was Fr. John Carr, who had a small chapel at Sunnyside, beside the present Irwell Terrace. He registered a baptism on September 26, 1836. Fr. Carr was here until May 1839 and then Fr. Henry Sharples was in charge for a year, followed by Fr. William Fayer until November 1842. As the congregation was increasing, Fr. James Ryland, the next priest, obtained land from Mrs. Ashworth (nee Booth) to build a church an a more central position at Constablelee, Rawtenstall. The church, designed by Pugin, was opened by Fr. Thomas Rimmer in 1845. It was dedicated to St. James the Less, and a curious story is told about the origin of this dedication. This is told by James Booth, one of the family who founded the mission: "My father, Nathaniel Booth, as a young man, worked very energetically for the Catholic cause and the little Church, assisted by my mother, Margaret Booth, under whose auspices it was opened. I remember many conversations between my father and mother refer ring to their affection to Mr. Rimmer, the Priest, who was a constant visitor to their house, Laund Bank, where I was born. On one occasion, when the family and some priests were conferring as to selection of a Patron Saint, they all agreed on Saint James. I was a baby at the time, and Father Rimmer said it should be Saint James the Less." Father Rimmer's name will be found among those of the clergy who died as a direct result of ministering to the plague-stricken, at the early age of 33. From the above lines penned by Mr. Booth we know how much he was appreciated by the founders of the church and how grievously they must have felt his loss. Fr. James Anderton did duty for a time after Fr. Rimmer's death, and then Fr. Thomas Unsworth was Rector from 1848 to 1851. For the next three years the parish knew the Rev. Henry Swale, a member of a distinguished Yorkshire family, who had first qualified as a doctor. He died in 1894 when chaplain to the famous Tempest family of Broughton Hall near Skipton. A great work of extension and consolidation was undertaken by Fr. Joseph Scott from 1854 to 1875. Until he built the Rectory, he had to live at Laund cottage or with the Ashworths at Laund House. He found that the schools at Higher Constablelee were awkward and insufficient, so he built new schools. New missions were opened at Haslingden in 1859 and at Ramsbottom in 1862. For years Fr. Scott had journeyed fasting every Sunday to say Mass for the Catholics at Ramsbottom. He retired through ill health after 21 years of good work. Fr. Dennis Byrne and Fr. McCormack were only at Rawtenstall for a short period, and the next priest was a Belgian, Fr. J. Musseley (afterwards Canon) who devoted twelve years of his life to the parish -from 1881 to 1893. He was his own architect for many additions to the church and the schools. In 1892 he bought an old school-chapel at Newchurch and laid the foundations for a new mission. In all his work Fr. Musseley had the assistance of Dr. James Wilson and his family. From 1893 to 1905 the parish was entrusted to Fr. John Peter Klein, who made many improvements and installed a new organ. In the present century the most extensive changes in the, schools were made by Fr. Joseph Callaway (1916-1926). Fr. James McGinnell followed Fr. Francis Clarke in 1938.