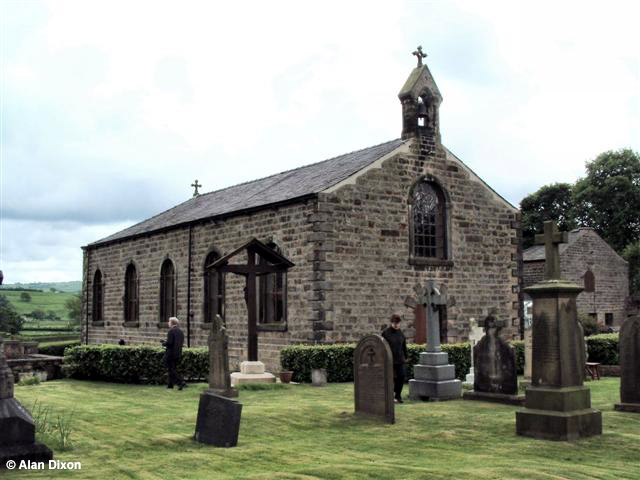 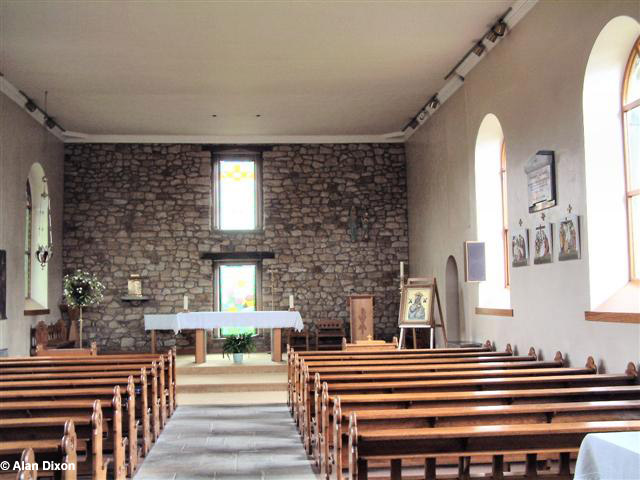 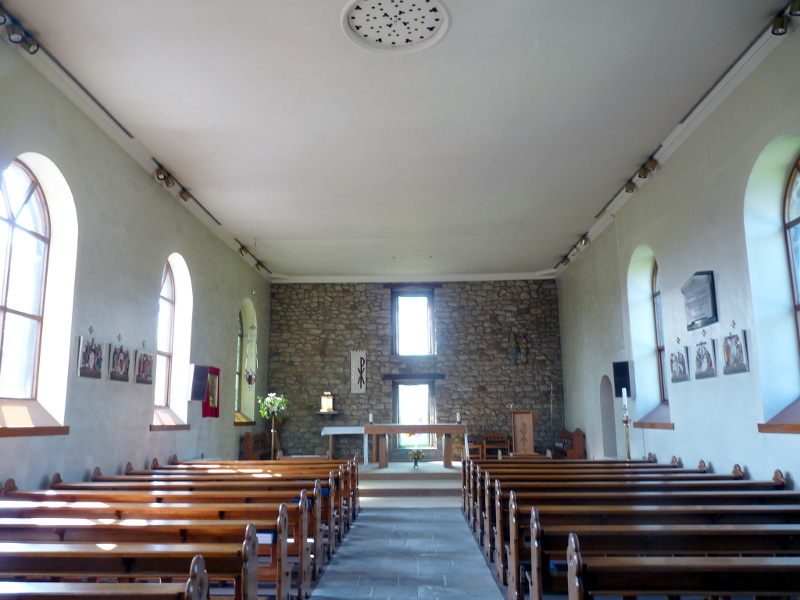 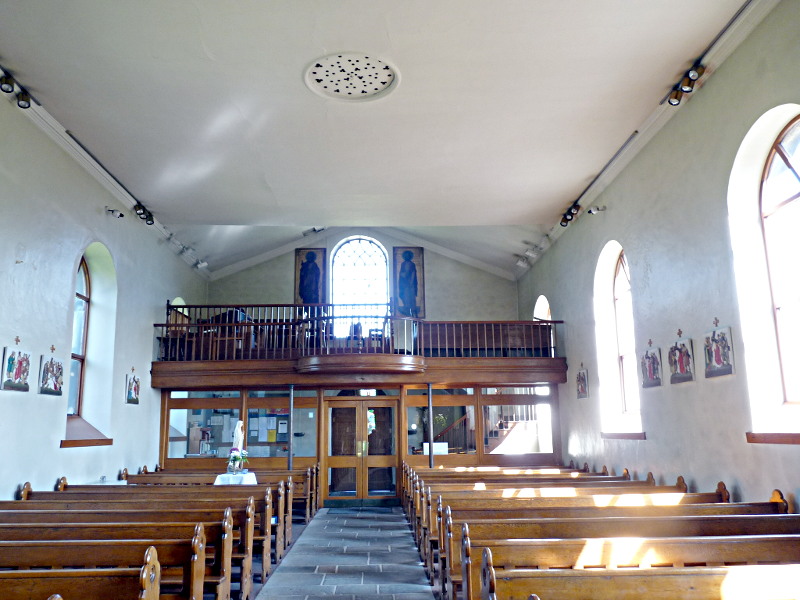 This village has roots far back in the past, as it is on the site of an ancient Roman fort, where some of the finest Roman remains have been discovered. However, it is not likely to have remained inhabited all the time, as the present streets do not correspond with those of the Romans. Two fragments of ancient crosses found here show that there were Christians here in Saxon times about a thousand years ago.

In former times the parish included Dutton, Stidd, Hothersall, Alston, and Dilworth, the last two being joined to form the chapelry of Langrigg or Longridge. Stidd was a small priory of the Hospitallers of St. John and may have been a shelter for pilgrims. However for a long period before the Reformation there was only a chantry priest here to celebrate Mass.

In the days of persecution there were several centres nearby where Mass was said in secret-Hothersall Hall, Bailey Hall, Showley Hall, Dinckley Hall, Carr Hall, Osbaldeston Hall, and several others a little farther away. From 1700 to 1740 Sir Walter Vavasour, S.J. was in the district either at Bailey Hall on the Stonyhurst side or at Hothersall. It was during this period that Thomas Hothersall was outlawed after the 1715 rebellion and lost his estates. Fr. Vavasour is also supposed to have had a chapel with the Faircloughs at the Boot (Boat) Farm near the river in Alston. Fr. Vavasour had an interesting postal address; it was "to be left at the White Bull Inn in Preston." He died in 1740 and was buried at Stidd. A Fr. William Brewer followed for a short time only, and was buried at Ribchester in 1741. The burial register at the parish church states: 1741, Oct. 25, William Brewer a Reputed Romish priest, in ch. The Vicar of Ribchester must have been friendly as the abbreviation "in ch." shows that the priest was buried inside the church.

The Ribchester district was honoured at this time by the long residence there of the Rt. Rev. Francis Petre, Bishop of Amoria, Vicar Apostolic of the Northern District 1750 to 1775, but at first as Coadjutor. He chose to reside with the Walmsley family at Showley Hall, a remote house off the road to Blackburn from Ribchester. When he died he was buried before the altar at Stidd. The parish register states: 1775, Dec. 27, Francis Peter, Esqur., Sholey, a Romish Bis'p.

From 1761 a Father William Fisher was at Showley as chaplain and it was through his efforts that the present chapel was built near Stidd in 1789. The Stidd site was chosen no doubt to be near the shrine of a Catholic past but also to keep in hiding to some extent. A recess in one of the rooms at the priest's house seems to indicate that there was an altar there, and perhaps for safety the Blessed Sacrament was kept there. Father Fisher resigned in 1805 but died at Ribchester in 1813.

From 1805 Fr. James Wagstaff was in charge, followed in 1844 by Fr. Roger Glassbrook. During his last year, 1861 to 1862, Fr. Glassbrook was assisted by Fr. Henry Francis Browne, who stayed in charge of the mission until 1867 when he became head of the important church of Sts. Peter and Paul in Bolton. The Longridge mission was begun by him. He came from Burnley and had five brothers priests. One was Canon of Hexham, another Canon of Nottingham. Other priests serving here were Fr. M. Byrne, Fr. Thomas Martin, Fr. Henry Newton, and from 1897 to 1913 Canon Francis Daniel, who died in 1917. His horse and trap were a familiar sight on the country roads. Fr. Donatus Burke has presided here since then, except for a short time.

There is a very interesting old bequest connected with the parish in penal times. A James Stanford (died 1695) left an endowment "for the maintenance of a good priest for ever at Stidd or Bailey Hall chapel, if times permitted that public service could there be had; otherwise to be for one who should serve in the country two miles round about the places of Stidd and Bailey Hall...." It is further stipulated that the priest is to be "very exemplary, lawful, vigilant, and sufficiently learned."