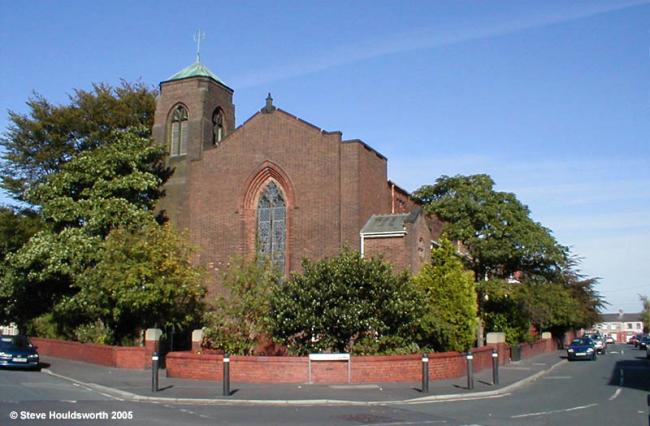 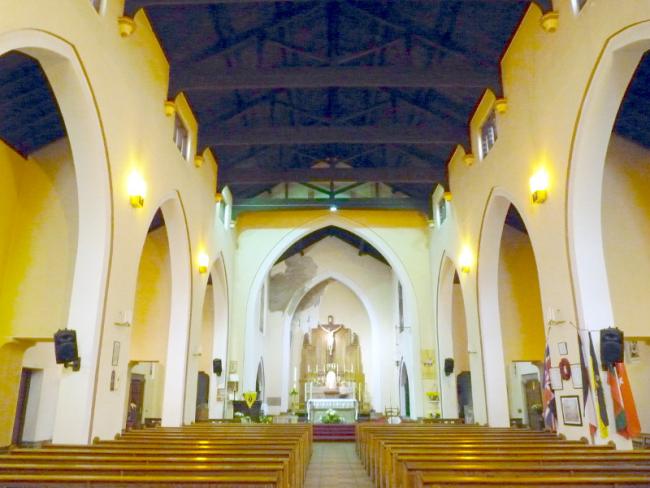 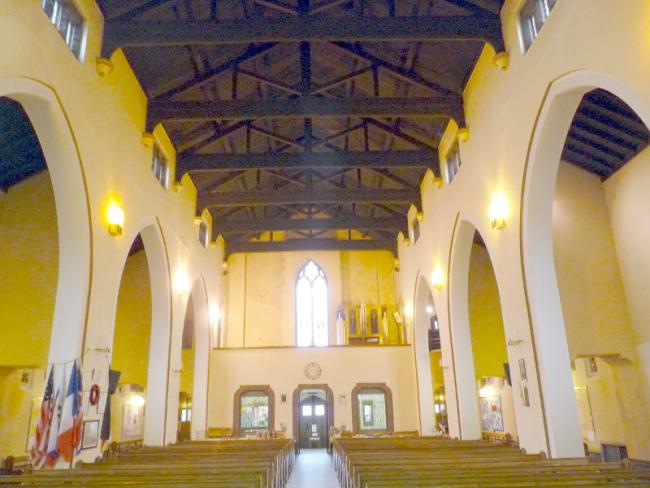 On account of the difficulties which the Catholics of Rishton had in getting land for new schools and church, a committee was formed. This committee took the Hermitage, which was used as a joiner's shop in 1885 for about 11 years. The cost of the alterations necessary in turning the joiner's shop into a school was partly met by the generous donations of £100 by Mr. Thomas Seed, and £50 by Mr. Bernard Smith, and others. The school was opened with a tea-party and concert on the December 26, 1885.

The school was opened for teaching with Miss Houseman as Head Mistress on January 11, 1886, with over 100 scholars. The school had not been opened many months before the Bishop promised the Catholics of Rishton the blessings of having Mass said in the school, which had to undergo many alterations to turn it into a school-chapel.

The first Mass at the opening was said by Father Harford, S.J., of Accrington, and the prayers in the afternoon were said by Canon Dunderdale, of St. Hubert's, Great Harwood, and Father Hother-sall, of Enfield. This took place about the middle of October 1886. For a few months Bishop Vaughan sent young priests just for the weekend, the first was Father Mahoney, then Father Rowntree, who is still living and has been made a Canon. He also sent Fr. Henry from Freshfield Missionary College, who afterwards held a very important position at St. Joseph's Foreign Missionary College, Mill Hill, London.

Father Aukes was appointed first resident priest in 1887, Queen Victoria's Jubilee year; he remained about five years during which time he had a Bazaar which made about £500; he also held the first Catholic procession through the principal streets of Rishton. He left about 1892.

Father Lathouwers was appointed to Rishton. Fortunately during his short stay in Rishton, the difficulties about the acquisition of land for a new church were removed and he took advantage of it by securing land in Station Road for a new church, which was dedicated to St. Charles Borromeo, although the school still retains its old name of "The Hermitage." He left Rishton about 1895 when St. Charles's was only partly built.

Bishop Bilsborrow then appointed Father Fowler to finish the church and Presbytery which was opened in November 1896. The altar was removed from the Hemitage and re-erected at St. Charles's. This altar was a gift from the mission at Brindle near Houghton Tower.

Father O'Doherty succeeded him in 1899. He had been stationed at Padiham and the parishioners of Padiham made Father O'Doherty a present of a chalice. His health began to fail him and there was nothing of note during his Rectorship, only the removal of the Catholic Club from over Rogerson's Smithy to its present position in Noble Street. He died in March 1903, and was buried at St. Hubert's, Great Harwood.

Father James Higgins was appointed to succeed Father O'Doherty, and he worked hard to reduce the debt which was a great burden on the mission. During his 21 years as Rector of St. Charles's, Rishton, he reduced the debt of £4,000 to about £600. His last great effort to reduce the debt was in October 1924, when he held a bazaar, but to the great sorrow of all he died suddenly the following week.

Father Drake was then appointed and did very good work in organising a large body of men in the Blessed Sacrament Confraternity. He was a great worker in helping to organise Pilgrimages to Lourdes. He was removed to a greater mission in Manchester - St. Edmund's.

Father O'Leary was then appointed parish priest. He has done great work in repairing the school and presbytery. He has done well in re-organising the confraternities, especially the Confraternity of the Blessed Sacrament for women. He has also worked hard to open the church in 1938 and to clear off the debt.