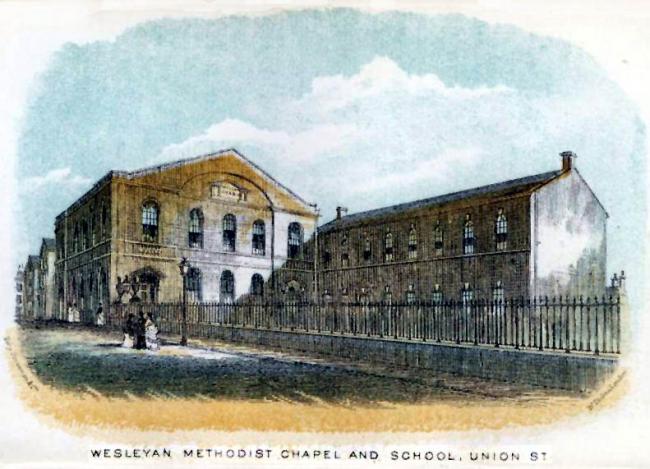 Union St Methodist Chapel, Rochdale was demolished and graves in its graveyard relocated to make way for the Rochdale Inner Relief Road in the early 1960s. The Borough Surveyor's Office has an inventory of the graves. The original meetings were held above a shop in Toad Lane adjoining the original Rochdale Pioneers premises until the chapel was completed in 1793. The building roof collapsed in 1823. James Nuttall assisted in rebuilding the chapel which reopened in 16th Mar 1826.