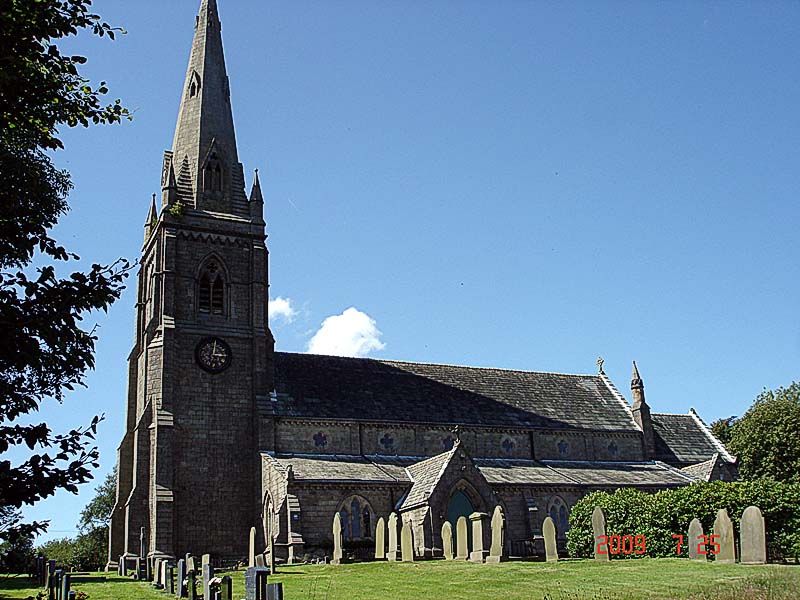 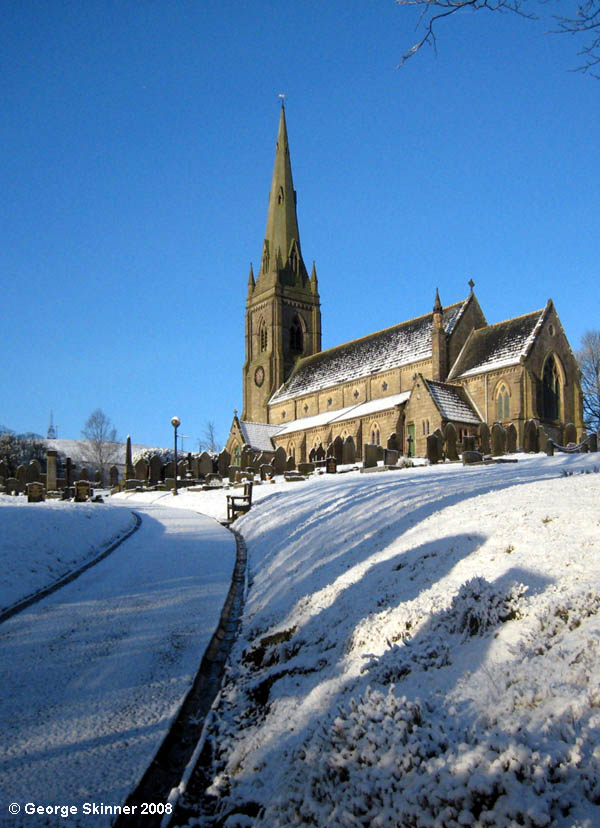 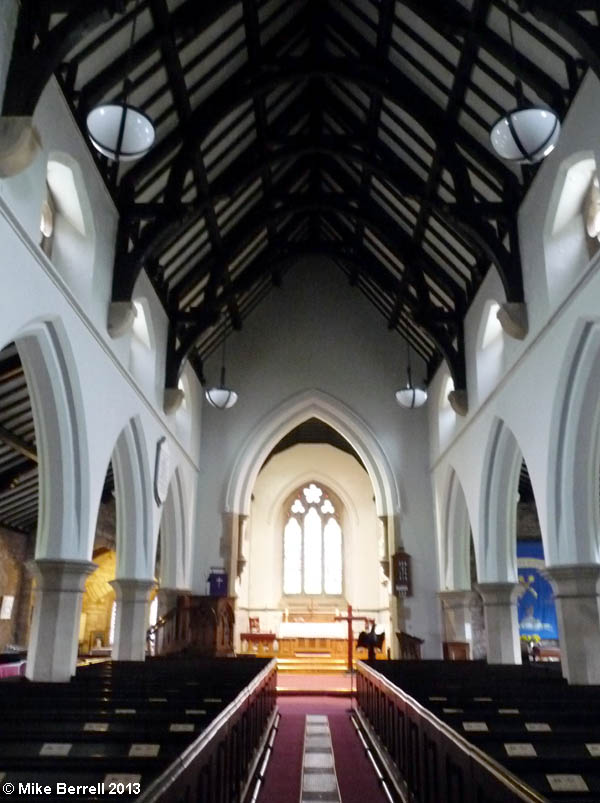 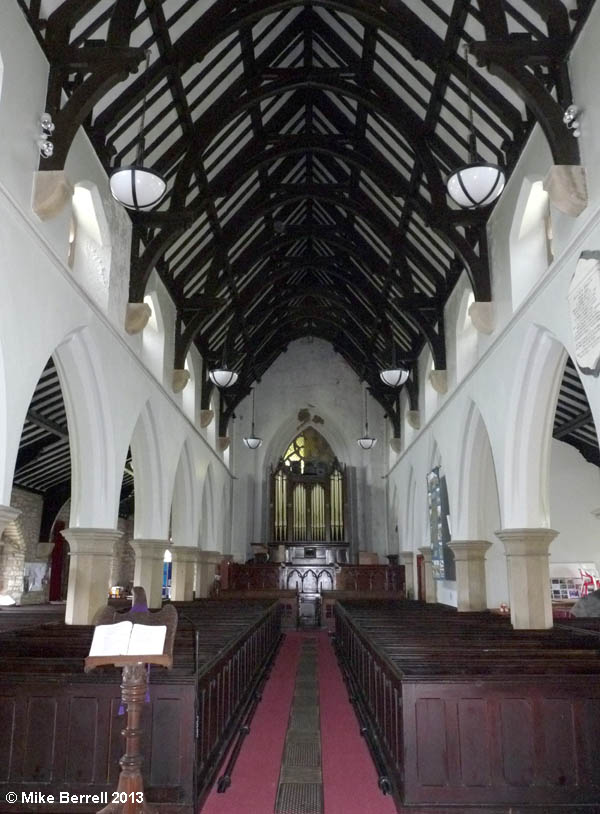 An illustrated and fully referenced history of the early years of the church (St Peter's Church Belmont - the first 50 years) is available from the author George Skinner as a 60 page soft bound book or in PDF format on disk. Copies are also held by the Bolton History Centre at Bolton Museum.

A churchyard was created at the same time as the church in 1850. In 2010 a project began to record the details of monumental inscriptions in the graveyard.

Belmont Village in the early 19thcentury was precisely the kind of community that Parliament and the Church of England targeted for the building of new churches. St. Peter's came about as a result of the church planting commitment of the Vicar of Bolton, Canon James Slade, and Bishop Prince of the newly created Diocese of Manchester, plus the generosity of two local squires, Thomas and Charles Wright, and the engineer John Hick who between them provided the land and necessary funding for the church to be built and maintained.

Building began in July 1848 and was completed in 1849 at a cost of £3,600. The architect was John E. Gregan, a Scottish designer and builder well-known for a wide range of buildings including The Mechanics' Institute in Manchester. St. Peter's was one of John's last projects as he died at the young age of 41 in 1855.

"The church consists of a chancel, nave and side aisles, western tower and octagon spire, with an organ aisle on the north side of the chancel and a vestry on the south. It is entirely built of stone of good colour, procured in the immediate neighbourhood. The style is early English, carried out in a plain, but pure and consistent manner. The gables are of lofty pitch, and the roofs are covered with an agreeable green slate from Westmorland, which contrasts remarkably well with the fine colour of the stone. The roof is of hammerbeam construction, with arched ribs and braces, and all the timbers are exposed. The seats, nearly all of which are pews, are of stained red deal and are remarkable for their neatness and convenience. The pulpit and reading desk, which are placed, the former on the south and the latter on the north side of the chancel arch, are constructed of oak and display at once a chaste and elaborate design, and a neat execution of workmanship."

Later an organ gallery (together with a Kirtland & Jardine organ), stained glass windows, a turret clock and a peel of six Vickers cast steel bells were added.

The consecration of the church took place on April 1st 1850.

Few major changes have been made to the building. The choir stalls are now at the back of the church below the organ gallery and a side Lady Chapel has been created out of the area originally used for the squire's pew. The original boxed pews are largely intact.

Original registers are still in the possession of the church but will be deposited at Manchester Archives and Local Studies , Manchester Central Library, when the refurbishing of the Library has been completed.

The church has full facsimile versions of these registers.

Digital databases of the three registers are being put on-line as part of the Lancashire Online Parish Clerks project. Currently the Register of Burials is available.

The Archives also have an original Vestry Notebook with minutes of meetings held during the mid 1850s and 1860s and a report on the church made during the Archdeaconry visit of 1850/51.