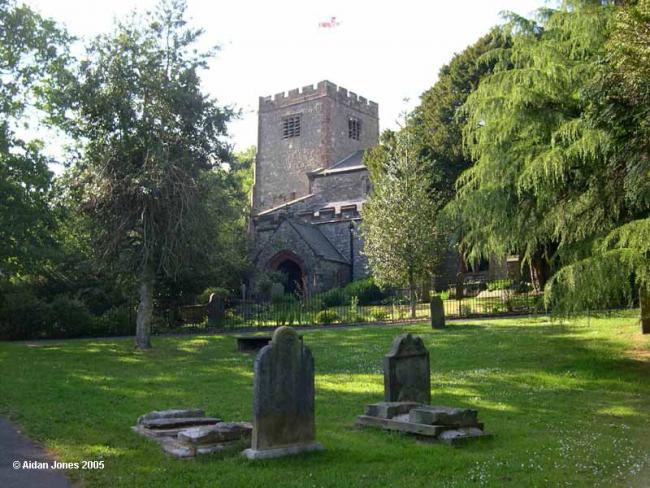 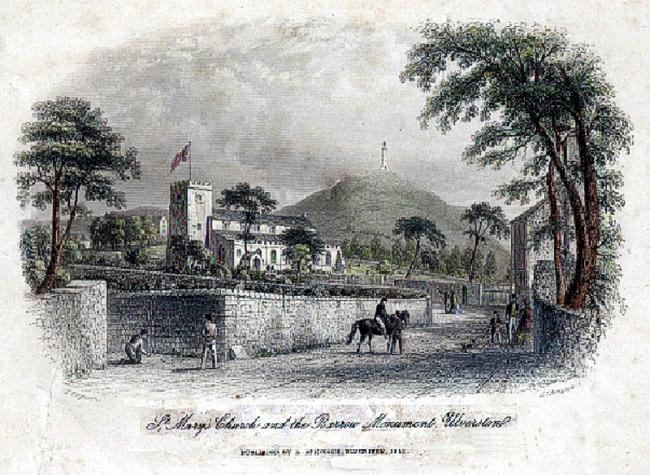 The church has a graveyard which is now closed. Most burials now take place at Ulverston Cemetery on Priory Road.

Monumental Inscriptions: a transcript made in 1935-36 (including the St Mary's and Holy Trinity churchyards and Ulverston Congregational Church), was published in 1973 by the Cumberland & Westmorland Antiquarian and Archaeological Society.

Of the origin of the Parish Church, dedicated to St. Mary, there is no written evidence. Tradition only has preserved the date of its erection (A.D. 1111), " the four ones," and the few remains of the original fabric, which have been retained in the present edifice, clearly indicate the style of architecture prevalent at that period. According to the earliest records, the Church of Ulverston seems to have been dependent on Urswick, and to have formed part of the Parish of Dalton. In 1200 it led to a dispute between the Abbot of Furness and the Prior of Conishead. The Abbot claimed jurisdiction over it, as included in the grant of Stephen, whilst the Prior advanced a counter claim, affirming that the church was included. in the charter of foundation by William Taillebois, baron of Kendal. The matter was settled by an ecclesiastical commission which allotted the tithes of Ulverston to the Canons of Conishead ; and it was further decreed, that the Abbot should receive from the Priory a yearly payment of 50s. " for the sake of peace." Being in possession of the revenues the canons deputed one or two of their own body to officiate in the church. Thus no vicarage was ever endowed, and to this day the minister of this large parish continues to be a perpetual curate only.

The church appears to have been rebuilt in the reign of Henry VIII., and again in 1804. It was restored in 1865-6 at a cost of over £6,000, and in a manner which is creditable to the taste and genius of the architect, Mr. Paley, of Lancaster. In the restoration he has preserved as far as possible the original character of the building. The semicircular arch of the south-door, with its double recessed chevron moulding, he has left untouched. The tower, which was built during the latter part of the 16th century, seems to have been intended to withstand the ravages of time. It is a massive piece of masonry, with walls six feet thick, of the Tudor style, but possessing little ornamentation. At a considerable distance from the ground, a stone has been inserted, bearing a much defaced inscription, with the figures 1164, but this date is evidently incorrect, and is probably an error of the copyist. The inscription accompanying the date reads thus

'which is conjectured to mean, " Pray for the soul of William Dobson, Gentleman Usher to Queen Elizabeth, who gave unto this work * * " The sum given is quite illegible. Previous to the restoration of the church a beautiful altar-piece adorned the east end ; it was a copy from Vandyke by Ghirardi, representing the " Entombment of Christ." The original is in the Borghese Palace at Rome. The painting was presented by the late T. R. G. Braddyll, Esq., and is now in the vestry. The walls of the chancel have just been decorated by Messrs. Park & Co., of Preston. The colouring is exceedingly chaste, and the designs highly characteristic. The reredos has also been extended by two additions of beautifully-carved oak-work, from the designs of Mr. Farmer, architect, Ulverston. The whole expense of the latter has been borne by John Fell, Esq., Dane Ghyll, in memory of his daughter. Amongst the monuments and mural tablets in the church is an altar-tomb, with an effigy in Elizabethan armour, to the memory of William Sandys, Esq., of Conishead Priory, who died in 1559. A marble tablet, with brass-plate inlaid, on which are engraved full length figures of Myles Dodding and Margaret, his wife, in the costume of the age, records their death in 1606. There is also a mural tablet to the memory of Sir John Barrow, Bart., a sketch of whose life we have given in a former page. The church contains a number of memorial windows, and is capacious enough to seat 1450 persons. The entire ecclesiastical district of St. Mary's covers an area of 5,615 acres, and includes the chapels of St. Jude. Ulverston, and St. John, Osmotherley. The patronage of the living, which is worth 260, is vested in five trustees, and the Rev. C. W. Bardsley, M.A., Oxon., is the present vicar. St. Jude's Church is a corrugated iron structure, erected in 1867, and capable of accommodating 265 persons. The curate-in-charge is the Rev. Charles Baker.