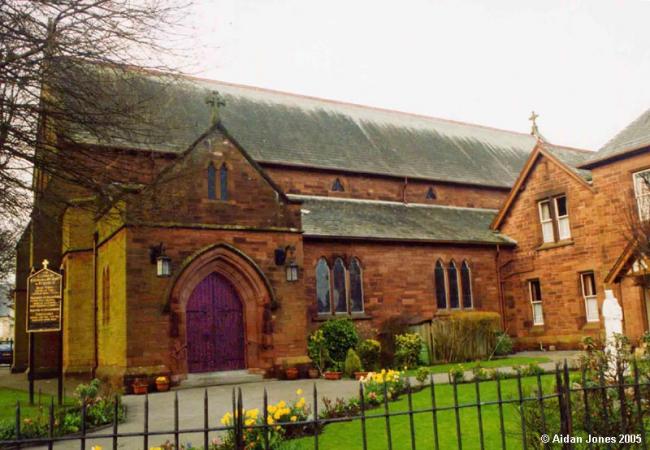 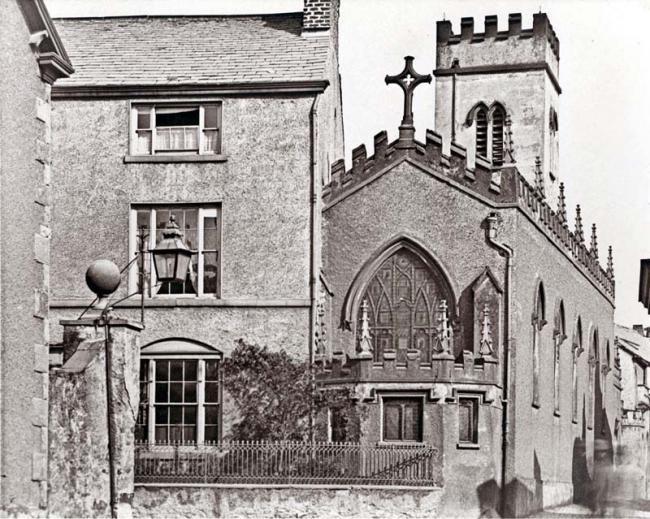 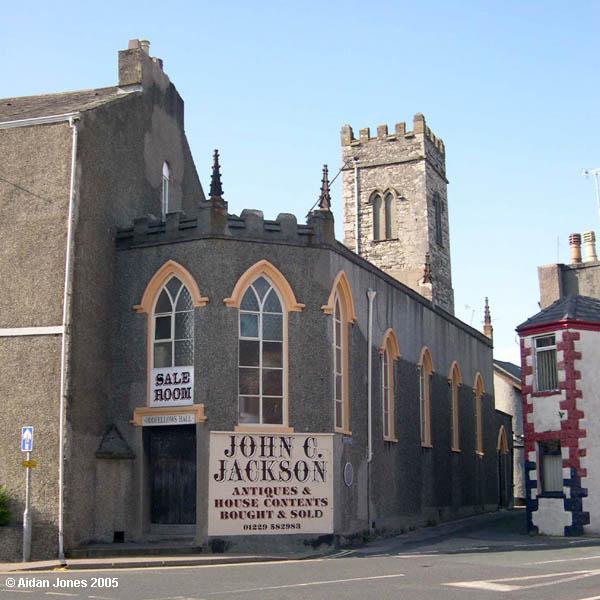 A Roman Catholic mission to Furness, under the Jesuit Father Thomas West (who wrote the first detailed history of the district), was inaugurated in the early 1770s. It was initially based at Dalton, but was moved to Ulverston in 1779. "It was served sometimes by Jesuits and sometimes by secular priests. The first place of worship was a school in Tarnside; then a church, now the Oddfellows' Hall in Fountain Street [currently used as Jackson's sale room], 1823. This was succeeded by the present church of St Mary of Furness in Victoria Road in 1895. The Jesuits finally resigned charge of the mission in 1863. The stones for the foundation of the tower of the older church were taken from Furness Abbey [according to 'Victoria County History of Lancashire', vol. viii p 356].

The Catholic Church, under the invocation of the Blessed Virgin, patroness of Furness, is a narrow, plain Gothic edifice, at the corner of Fountain Street. The foundation stone, which was taken from Furness Abbey, was laid on the Feast of SS. Peter and Paul, June 29th, 1822. From the period of the Reformation to the erection of this church, the Catholics of Furness had no ecclesiastical edifice, and the few scattered members of the old creed must have had long distances to travel to fulfil the obligations of their faith. The first priest of the mission was the Rev. B. M'Hugh, who, in conjunction with the Rev. Dr. Everard, afterwards Archbishop of Cashel, received a few gentlemen boarders into their house for the purpose of completing their education. In 1832, the small tower at the east end was erected. The chancel is the only portion of the church which has received any ornamentation ; the window, by which it is lighted, is filled with stained glass, representing the Crucifixion, Resurrection, Ascension of Christ, and the Descent of the Holy Ghost in the central compartments, and the twelve apostles in the others.

After the death of the Rev. B. M'Hugh, the mission was placed under the care of the Jesuit fathers, and upon their resignation of the charge, Father Laverty entered upon the mission, where he laboured most assiduously among his poor flock until the infirmities of age compelled his retirement from active service. The church is much too small for the congregation, and it is intended to build a new one, and also presbytery and school, towards the cost of which 1,400 has already been subscribed. The present pastor is the Rev. William Massey. Near the church is the school, attended by about 105 children. It is under the care of the Misses Potter.

The original church was located