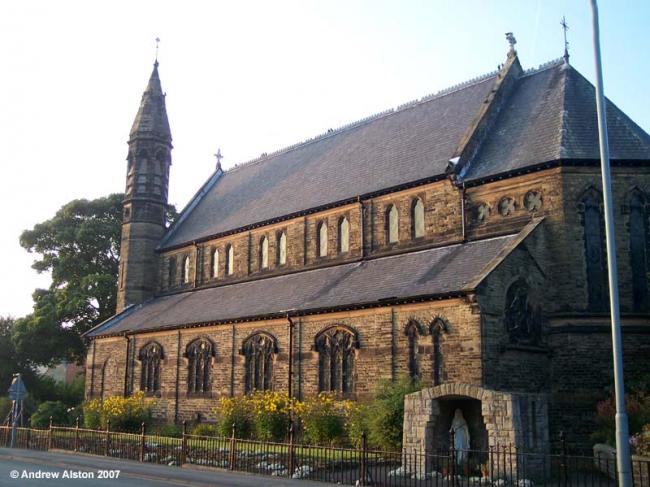 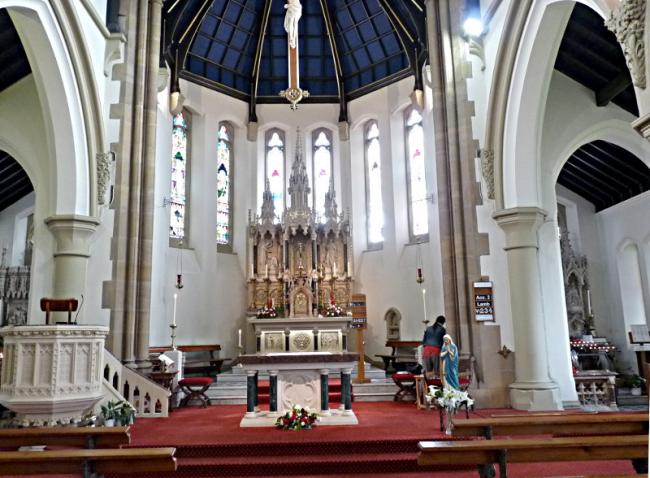 Until 1780 Walton-le-dale and Higher Walton or Little Mosney were well supplied by missionary priests, chiefly Benedictine. In 1780 the priest removed to Brownedge and it was not until 1855 that a new mission was again begun in the district.

St. Patrick's, Walton-le-dale, was founded chiefly by the influence of the Rev. J. B. Smith of Brindle, who purchased land for a church and school in 1855. With the help of a committee of laymen the Grove Inn was acquired for use as temporary chapel and house. The new mission was opened in December 1855 by Fr. O'Brien, O.S.B., from Liverpool; Fr. Smith brought his choir from Brindle for the occasion. The first priest was Fr. Proctor.

In 1857 a new school-chapel was opened, and the following year a new presbytery built. In 1860 a fine plot of land was acquired for a burial ground.

The present beautiful church was begun in the rectorship of Fr. Romuald Turner, appointed 1878. Bishop Vaughan laid the foundation stone in 1879.

The opening of the new church in 1880 was graced by the presence of a most distinguished gathering. Bishop Hedley sang the Pontifical High Mass in presence of Bishop Vaughan. The deacon was the Prior of Downside, Dom Aidan Gasquet, afterwards Cardinal. The Prior of Ampleforth, Dom Placid Whittle, was assistant to the Bishop. In the evening Bishop Hedley preached and the collections from the large congregations totalled £250.

Father Romuald Turner served the parish for nearly 28 years. He died at the age of seventy-two in 1906 and lies buried among his people.

The church has received many additions, including a lovely baptistery, and several schools have been built. One of the most notable assets of more recent years is the fine parish hall, built largely from the materials of the old school-chapel.

The priests serving the parish come from the Benedictine community of Douai Abbey.