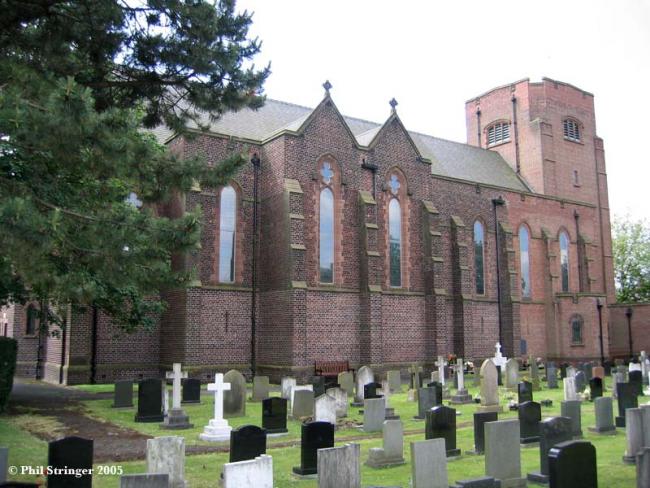 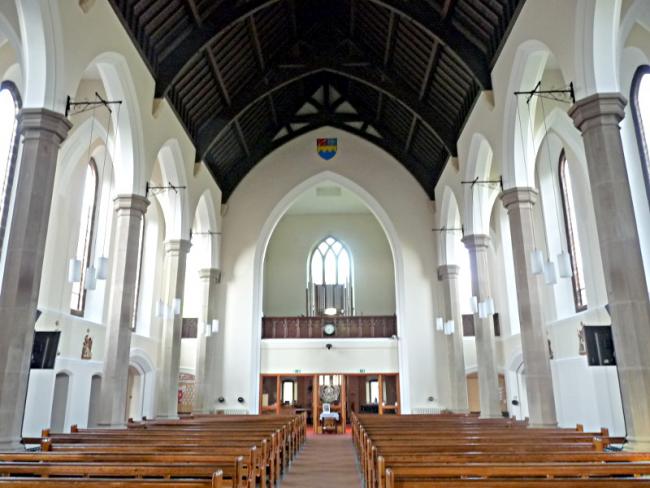 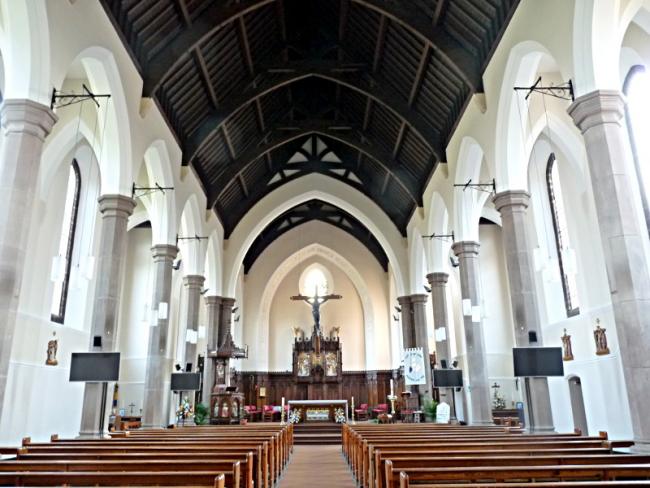 How St. Paulinus's came into being is a very ordinary story. Two fields, adjoining the road leading from Tardy Gate corner to Brownedge, had been secured by Fr. Pozzi, O.S.B., the Rector of St. Mary's, Brownedge. Round about, much scattered, lived not quite two hundred Catholics-a sturdy band, never shirking the Sunday tramp, always found in their places in St. Mary's, cherishing it as the home of their childhood years, within whose hallowed walls they had received each Sacrament as youth ripened into manhood. They clung to St. Mary's. Yet, we cannot but admire their repeated appeals for a church of their own at Tardy Gate, nor the less wonder at the generosity wherewith the Mother Church answered their appeal, taking upon herself responsibility for over £2,000 debt. The start was made in 1889.

The name "Tardy Gate " may puzzle some readers. It may be explained by a note published by the Chetham Society, 1853:

Priory of Penwortham, p. 77.- " Be it knowyn to all men, that we Clement, Abbot of the monastery of our Blessed Lady and Saint Egwine of Evesham, and the convent of the same, make knowledge by these presents that . . . another Tenement of owres lying in ffarington . . . John Tardy now holdyth and occupieth." A.D. 1524.

In due course came the foundation stone; uninscribed, it bears a simple cross. Claiming to share the honest pride of their brethren, St. Mary's silvery peal mingling with their joy, the flock at Brownedge swelled our little band; together they streamed forth from the Mother Church leading the Most Reverend Archbishop Scarisbrick, O.S.B., who laid the foundation stone.

Fr. Athanasius Fishwick, O.S.B., remaining resident at Brownedge, was the pioneer. Hope with him was vigorous. His was no ordinary enthusiasm nor energy, and it was infectious: the flock at Brownedge never flagged in their support, his own spared no sacrifice.

The workmen returned to build the apse, wherein reposes the Sanctuary with the roller screen separating it from the school. Within the sanctuary, Fr. Fishwick placed a fine stone altar, and wearing vestments presented by Brownedge, Fr. Fishwick sang the first Mass here on November 8, 1891, the church being opened by the Right Rev. Herbert Vaughan, D.D., the Bishop of Salford, who preached on the occasion. In the following September, the Pastor left on sick-leave, and was transferred to another field of labour.

The work was taken up by Fr. Adrian Beauvoisin, O.S.B. (R.I.P.)-not the less energetic because his task was the uneventful one of quiet building up. He was succeeded on October 12, 1896, by Fr. Ambrose Turner, O.S.B. (R.I.P.), coming to his life's last labour. His Rectory was first a cottage in Lupton Row, at a weekly rental of 4s. 6d.; then extravagance took grip and he moved his belongings across the way to Victoria Terrace, adding fifteen pence to his weekly expenditure. The furniture was of spartan simplicity, yet prized as the welcome from this cottage and from that; his flock spoke to him in his humble surroundings, and rightly, he lived and laboured only for them. In the solitude of retreat, in the Abbey of Ampleforth, the home of his youth and of his early monastic life, on December 2, 1905, Fr. Ambrose rendered his soul to God, his memory an inspiration. His church music is well known.

The great builder of this parish from 1906 to 1929, and of the new church in 1913, was Dom Cuthbert Mercer. The present pastor is Dom Gregory Swann.