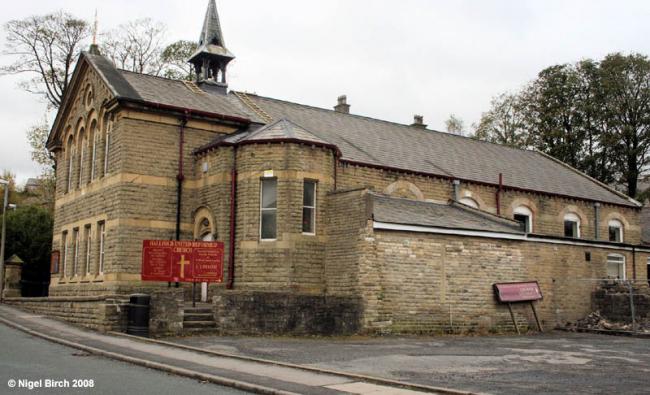 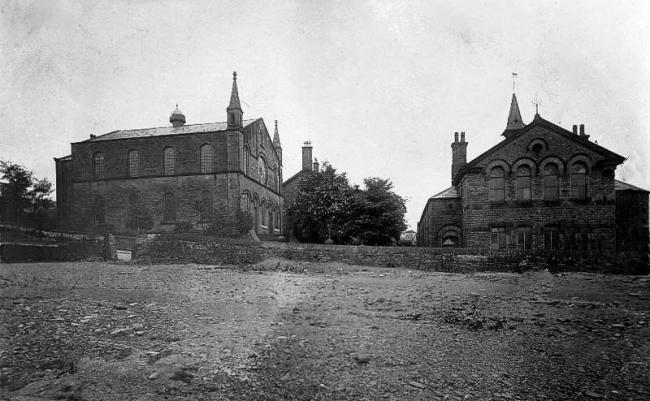 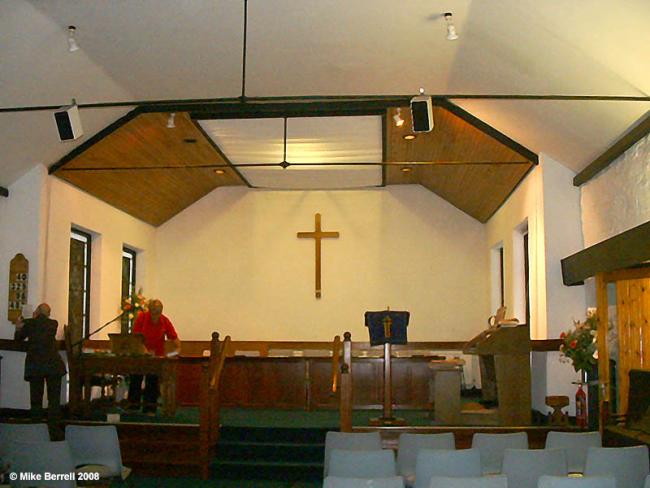 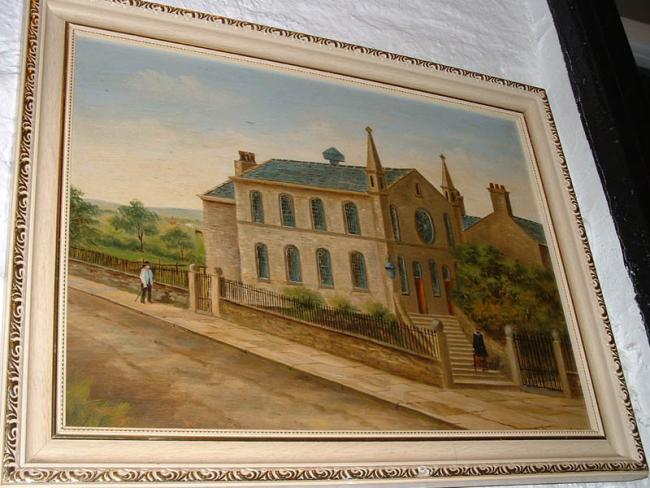 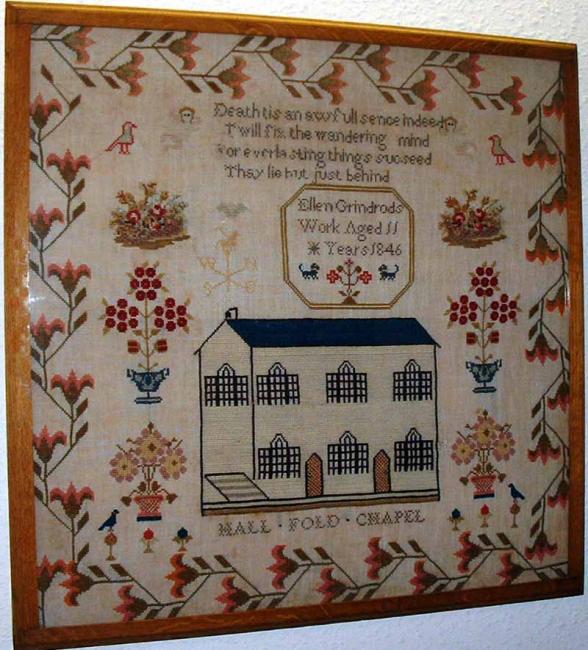 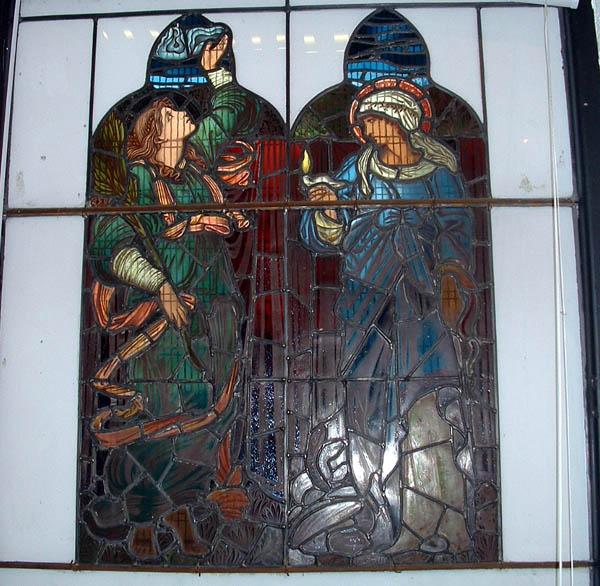 In 1698 services were conducted from a barn. The Evangelistic Presbyterian was formed around 1718 and a new chapel was built around 1777 off Hall Fold, the current URC church on Hall St. is the third church at Hallfold dating from around 1830.

In the pre-1933 picture you can see the chapel on the left and the school room on the right. The old chapel building has now been demolished and services now take place in the building that used to be the school.