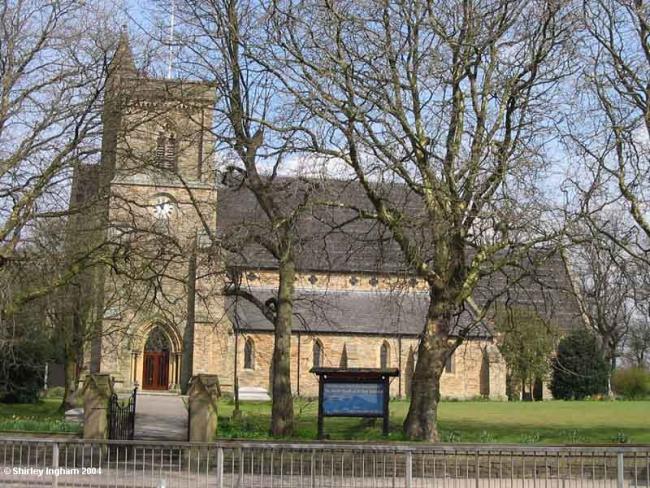 The Foundation Stone of St. Paul's Church, Walkden Moor was laid on 27th, 1847 by Lady Brackley, daughter of the Earl of Ellesmere.

At a cost of £4,500 the new Church was dedicated in 1848 by Dr. Prince Lee, Bishop of the newly formed Diocese of Manchester and was the eighth church to be dedicated in the new Diocese.

Consisting originally of the Nave and South Aisle, the Church was extended in 1881 by the addition of the North Aisle, erected at a cost of £1,000 which sum was raised by the parishioners. The statue of St. Paul under the Clock was an addition made in 1889.

The East Windows were dedicated in 1884 and in 1904 were added the mosaic panels which add to the beauty of the Sanctuary.

The Organ as we know it was opened in 1905 and in 1915 the Choir Stalls and Chancel Screen were added, giving more dignity to an already dignified building. The Lectern is a Memorial to those who fell in the Great War of 1914-1918.

When Lord Francis Egerton, later, in 1846 to be created 1st Earl of Ellesmere, first came to Worsley which he had inherited from his great uncle the 3rd Duke of Bridgewater (the "Canal Duke"), he gave a school-church to Worsley and a year later, in 1838, he gave a school-church known as St. George's Chapel to the Walkden Moor area. St. George's Chapel, later used as the Literary Institute and Parish Room, was at once used as a day school, the nave being cut off from the chancel by sliding doors.