The Bourne Institute on West Street had a reading Room on the Ground Floor and a Library upstairs.

Bourne is home to the South Kesteven Community Point and Library, (the old Bourne Library). It is generally open three days per week.

Robert HARVEY has a photograph of the South Kesteven Access Point on Geo-graph, taken in December, 2020.

In 1919 there was a County Police Station on North Street. Herbert BAILY was the Superintendent with 2 inspectors and 5 sergeants and 27 constables. Gaol facilities ae not recorded.

Bourne is both a town and a parish 97 miles north of London, 10 miles NNE of Stamford and 11 miles west of Spalding. It is bisected by the A15 trunk road, formerly known as the "Great Road from London to Lincoln," and part of the old Roman Road between the two cities. Bourne parish includes the hamlets of Cawthorpe and Dyke. To the west of the town of Bourne lies the hamlet of Lound, which was a parish at the time of the 1086 Domesday Book, but has never had a church. Morton parish lies to the north and Thurlby parish to the south, with Deeping Fen parish forming the southeast border. The South Forty Foot Drain completes the eastern border. The parish covers 10,100 acres and includes the hamlet of Cawthorpe 1.5 miles north of Bourne and Dyke, 1.5 miles northeast.

A spring called "Peter's Pool" arises in the west end of the town and at Eastgate becomes navigable (where it is called the "Bourne Eau") and flows southward to join the River Glen. If you are planning a visit: 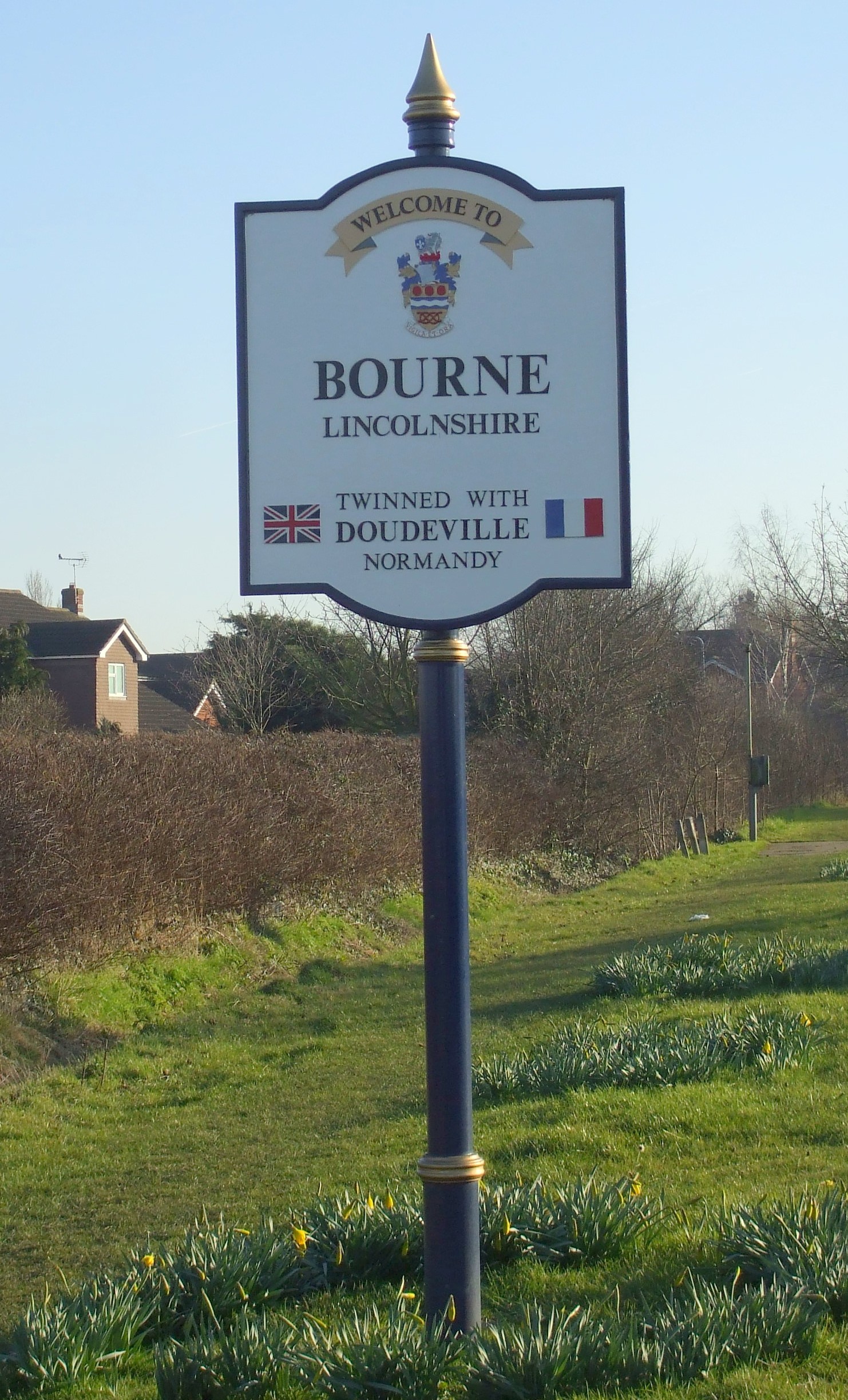 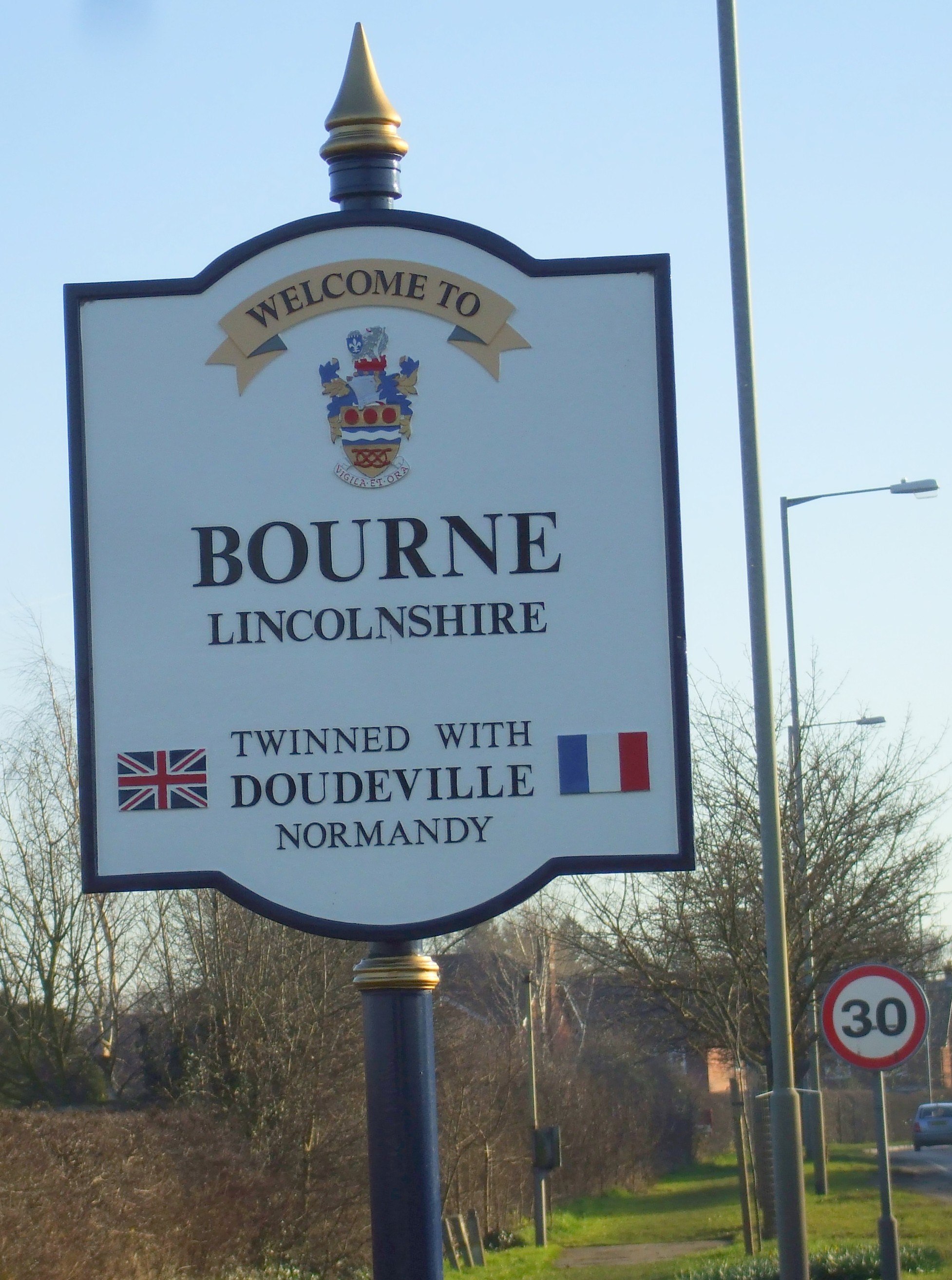 You can see pictures of Bourne which are provided by:

You can see the administrative areas in which Bourne has been placed at times in the past. Select one to see a link to a map of that particular area.

If across the sea I should go
Will you remember me
As one who thinks so much of you
And I know you think of me?

And if it be God's wish
That I should fall
When answering to my "Country's Call"
I hope that you are the one who is spared amongst them all.

The following 15 Commonwealth War Graves are in Bourne Cemetery. 8 are from World War I:

These 7 are from World War II

The Lincolnshire Free Press was published on South Street.

John R. BLAND provides a transcript of the will of Susanna SHARMAN of Bourne.

John R. BLAND also provides a transcript of the will of Thomas WOODCOCK of Bourne.

The Bourne Branch of the Lincolnshire Family History Society was founded in 1990. It held its meetings at Wake House (at this time, Closed due to Covid-19) on the fourth Tuesday of the month.