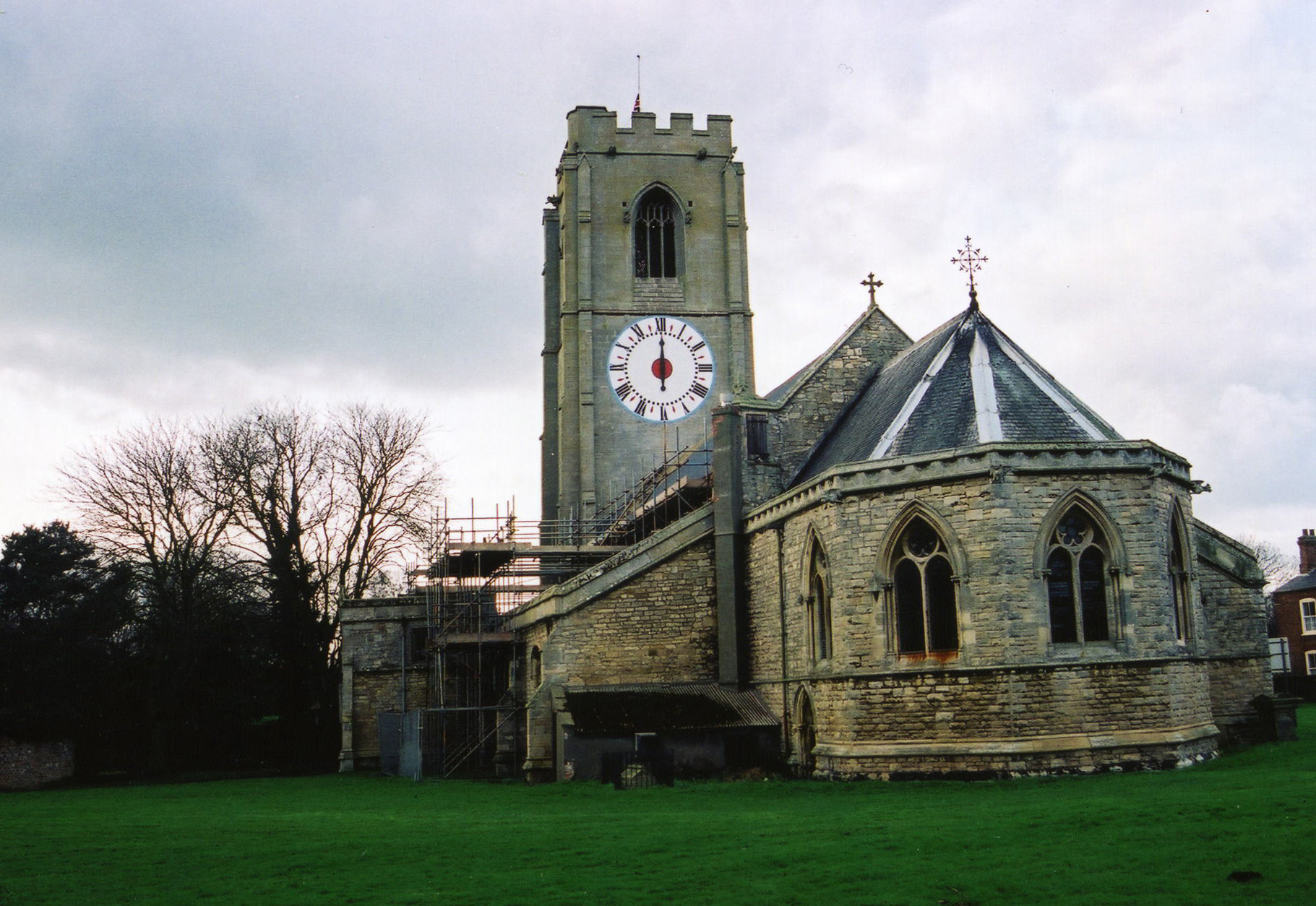 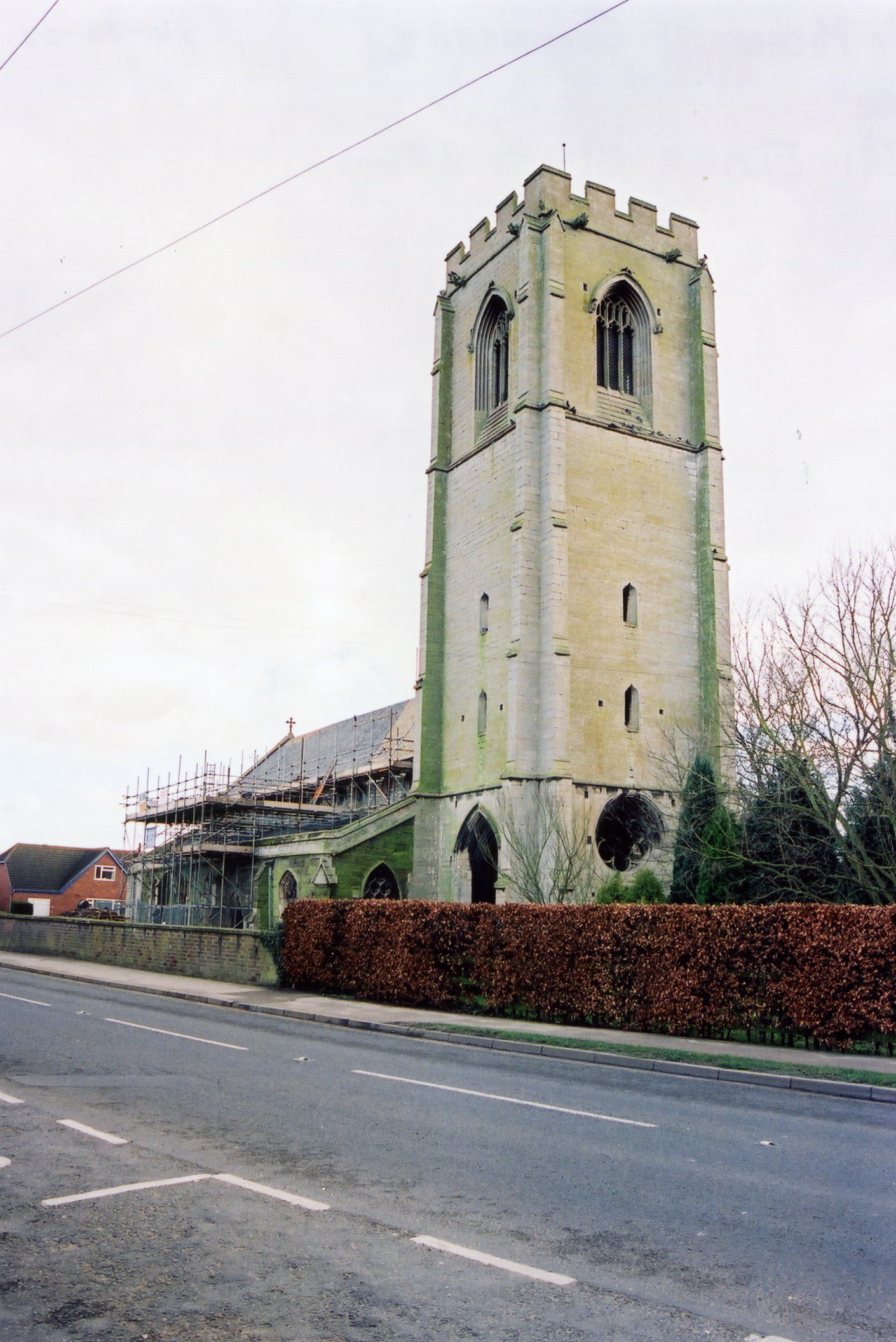 Coningsby lies between the Wolds on one side and the Fens on the other, along the banks of the River Bain. It is 8 miles south of Horncastle and twelve miles north-west of Boston. Tattershall parish is to the north-west. The parish covers over 3,600 acres and includes the hamlets of Haven Bank, Reedham and Dogdyke. Reedham is about 4 miles south of the village of Coningsby. 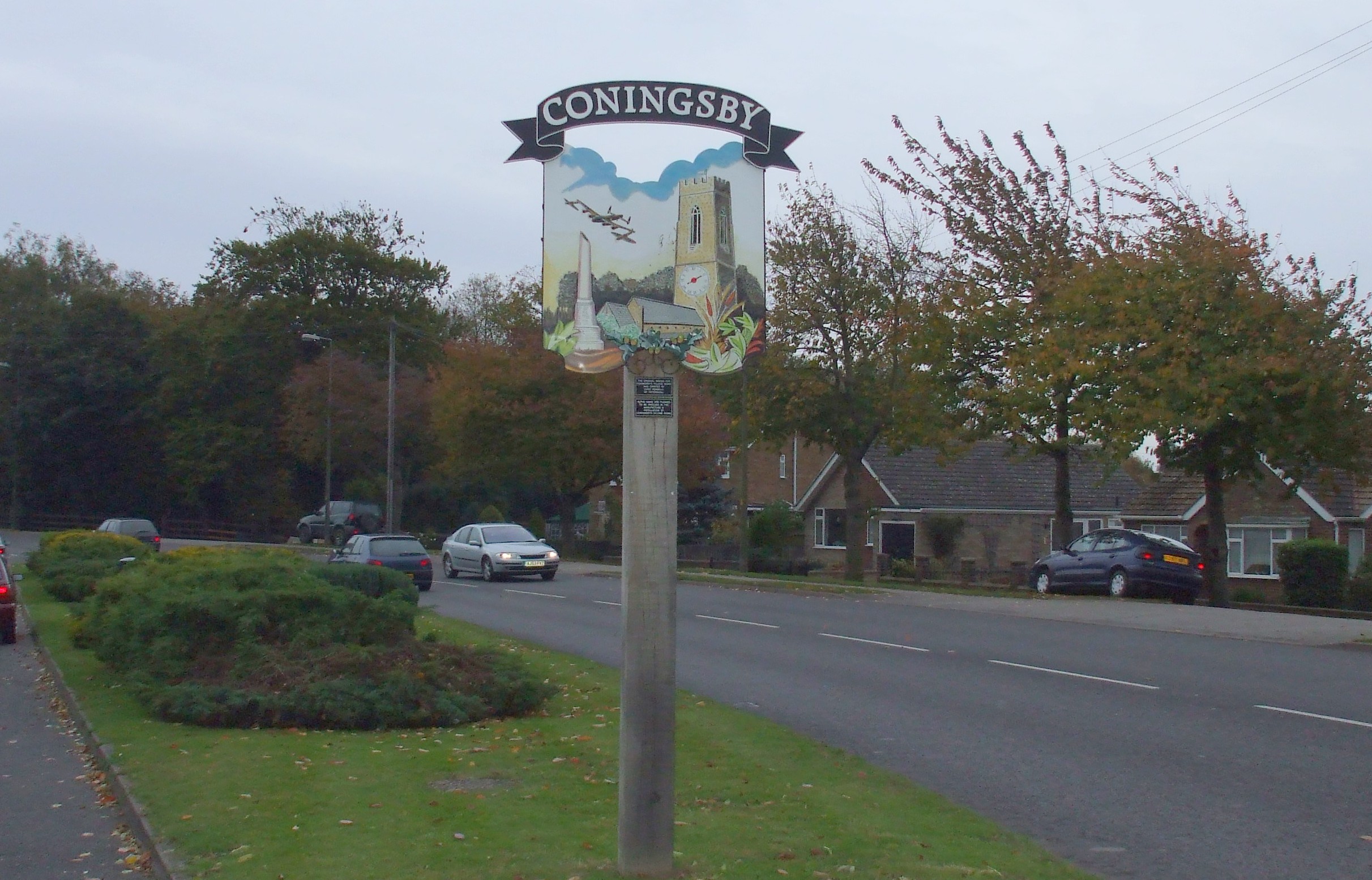 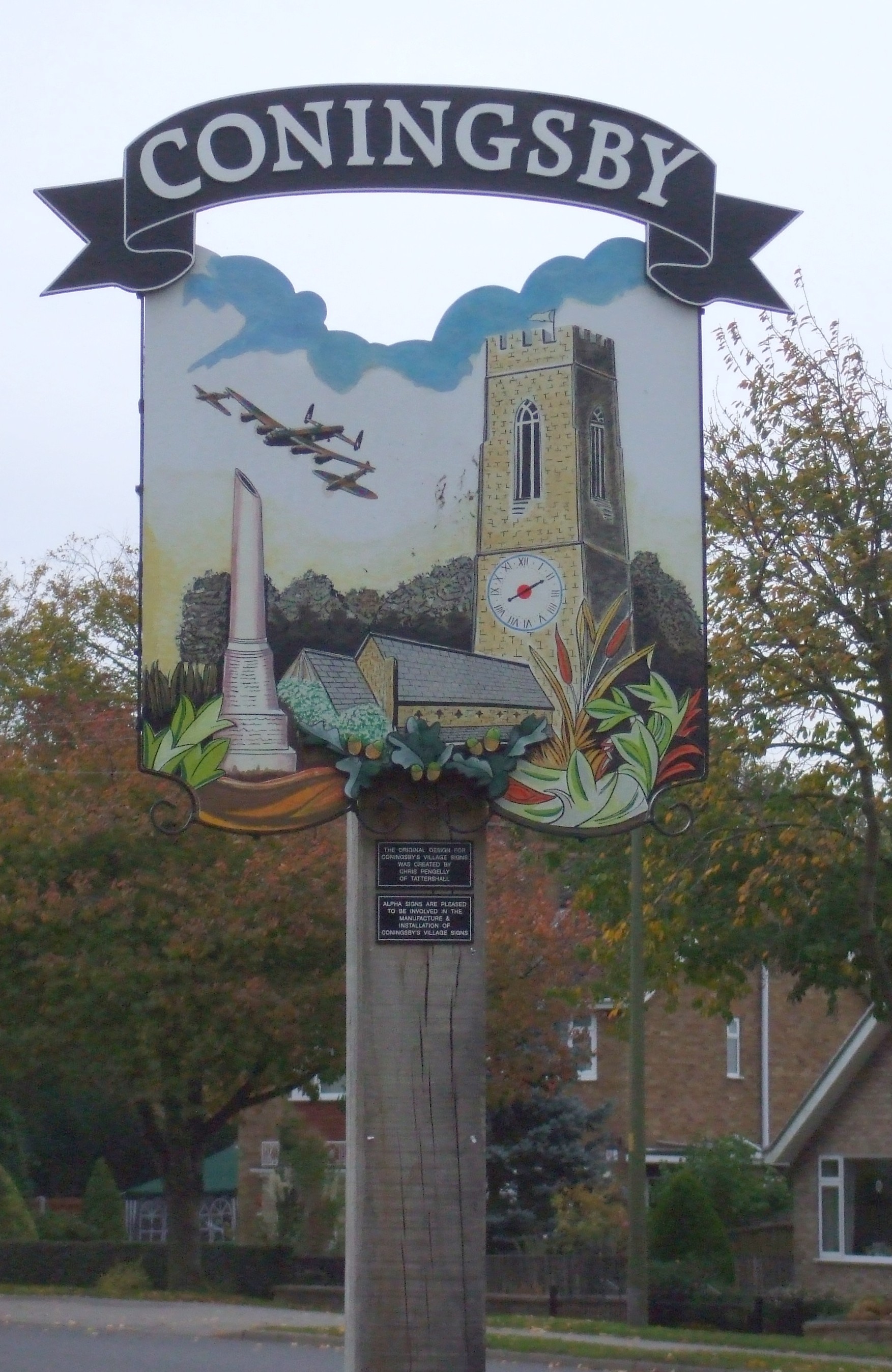 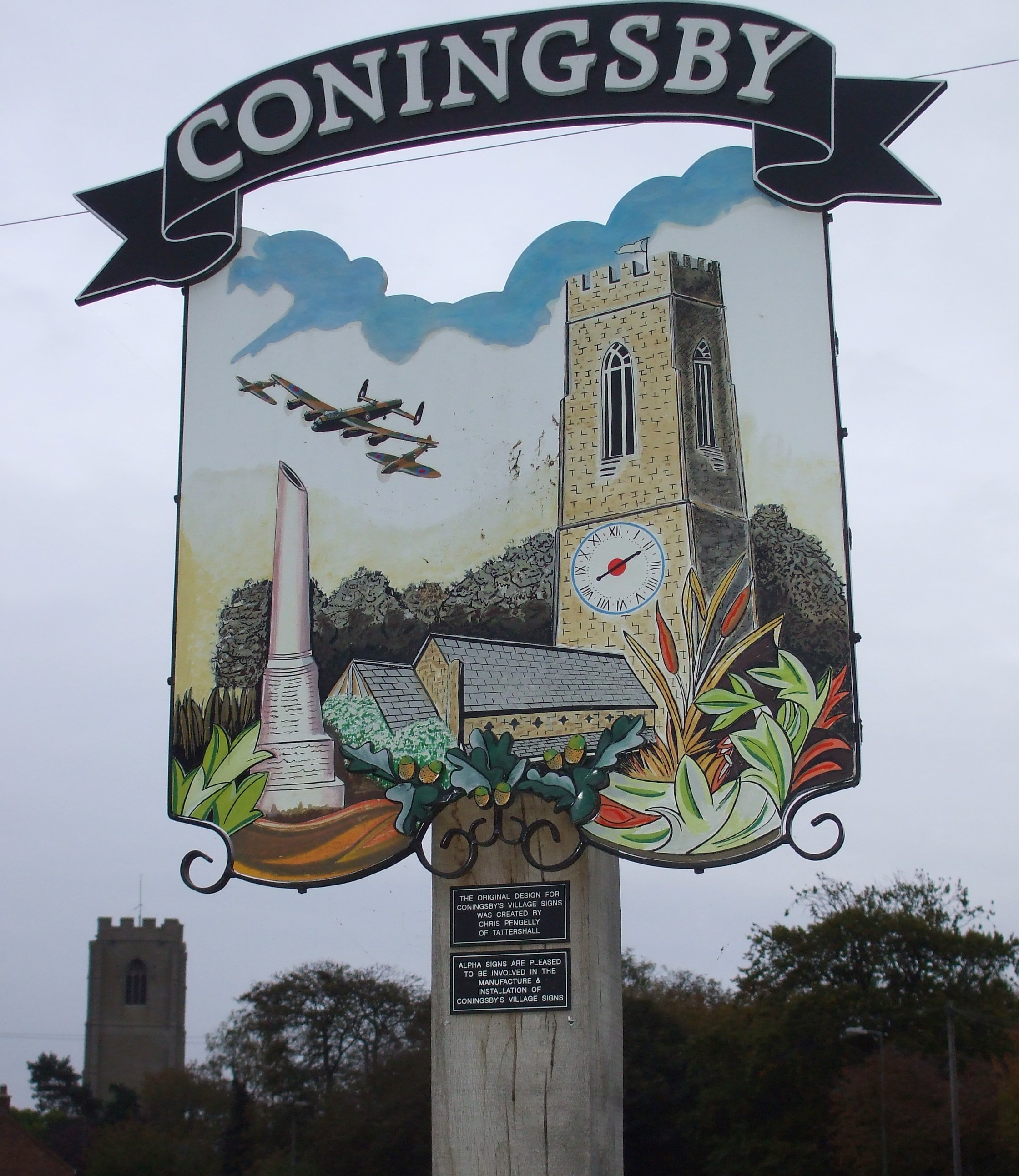 You can see pictures of Coningsby which are provided by:

You can see the administrative areas in which Coningsby has been placed at times in the past. Select one to see a link to a map of that particular area.

John EMERSON, who retains the copyright, provides these photographs of the war memorial at Coningsby: 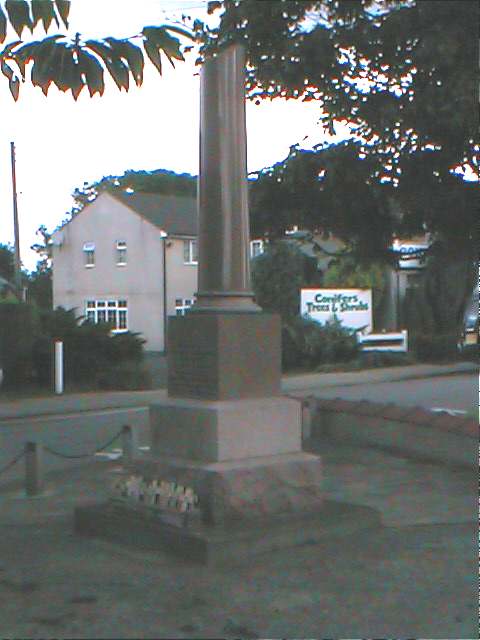 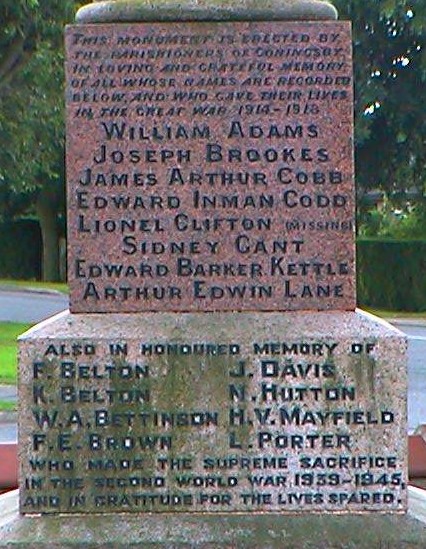 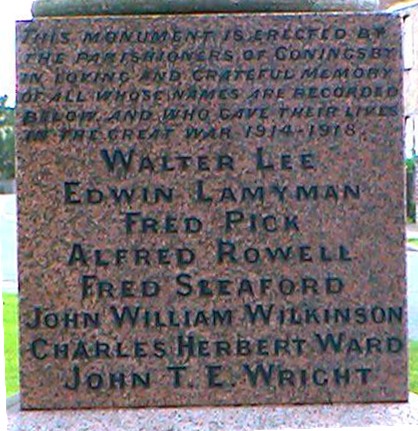 The Memorial was dedicated in September 1921. The religious service was preceded by the singing of the hymn Let Saints on Earth and the flag which covered it was released by Captain Hotchin MP who said it would serve as a reminder to future children of the willing response of their fathers and grandfathers to do what was necessary to save their country. The memorial takes the form of a broken Aberdeen red granite column on a Portland stone base.

From the War Memorial, by Eric WALTERS, (with additional notations):

From the base of theWar Memorial, by Eric WALTERS, (with additional notations):