David WRIGHT has a photograph of the Churchyard of St. Hibald's on Geo-graph, taken in June, 2006. 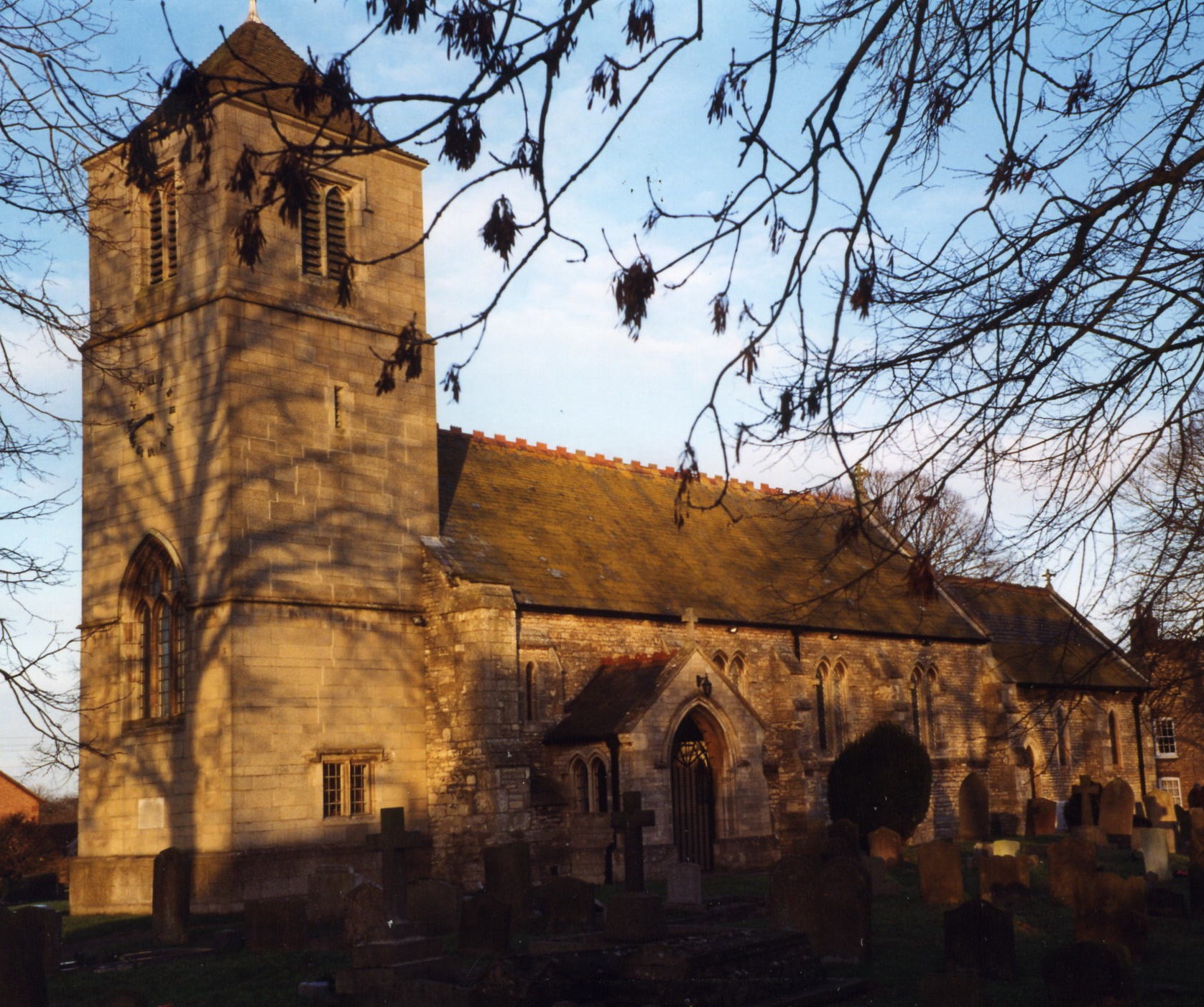 Hibaldstow is both a village and a parish in the north of Lincolnshire, just west of the River Ancholme. A small stream runs from the village to the River Ancholme. The parish lies 163 miles north of London, 19 miles north of the City of Lincoln and 3.5 miles south-west of Brigg. Scawby parish lies to the north, Redbourne parish to the south and Manton parish to the west. The parish covers just over 4,400 acres of low cars (see our Geographic Names page) or marshes.

The village of Hibaldstow is about a mile east of the old Roman road, Ermine Street, now the A15 trunk road. If you are planning a visit:

You can see pictures of Hibaldstow which are provided by:

You can see the administrative areas in which Hibaldstow has been placed at times in the past. Select one to see a link to a map of that particular area.

The origin of the parish name is Old English Hygebald+stow, for "holy place where St. Hygebald is buried". It appeared in the 1086 Domesday Book as Hiboldestou. Variations in the spelling abound, even within a single document. Some writers have suggested that the name was originally Hubba, a Danish commander or leader.
[A. D. Mills, "A Dictionary of English Place-Names," Oxford University Press, 1991]

The Venerable Bede in his 'Ecclesiastical History' describes St Hygbald as a most holy and continent man who was an abbot in Lindsey, Lincolnshire. One theory which links St Hygbald with Hibaldstow is that in the year 669 St Chad received the Diocese of Mercia and began to preach in Lindsey, setting up a mission station at or near Cadney. It is thought that Hygbald was a pupil of Chad and that he may well have imitated his teacher and set up his own mission station at Hibaldstow. St Hygbald's links with the village were further re-enforced when during the rebuilding of the parish church in 1866 a stone coffin was unearthed. It contained the bones of a tall and powerful man and it was said at the time that they might well have been the mortal remains of St Hygbald. More information can be found in: Eminson, T.B.F. "Place and River Names of the West Riding of Lindsey, Lincolnshire".