The Community Library at Bourne will prove useful in your research. 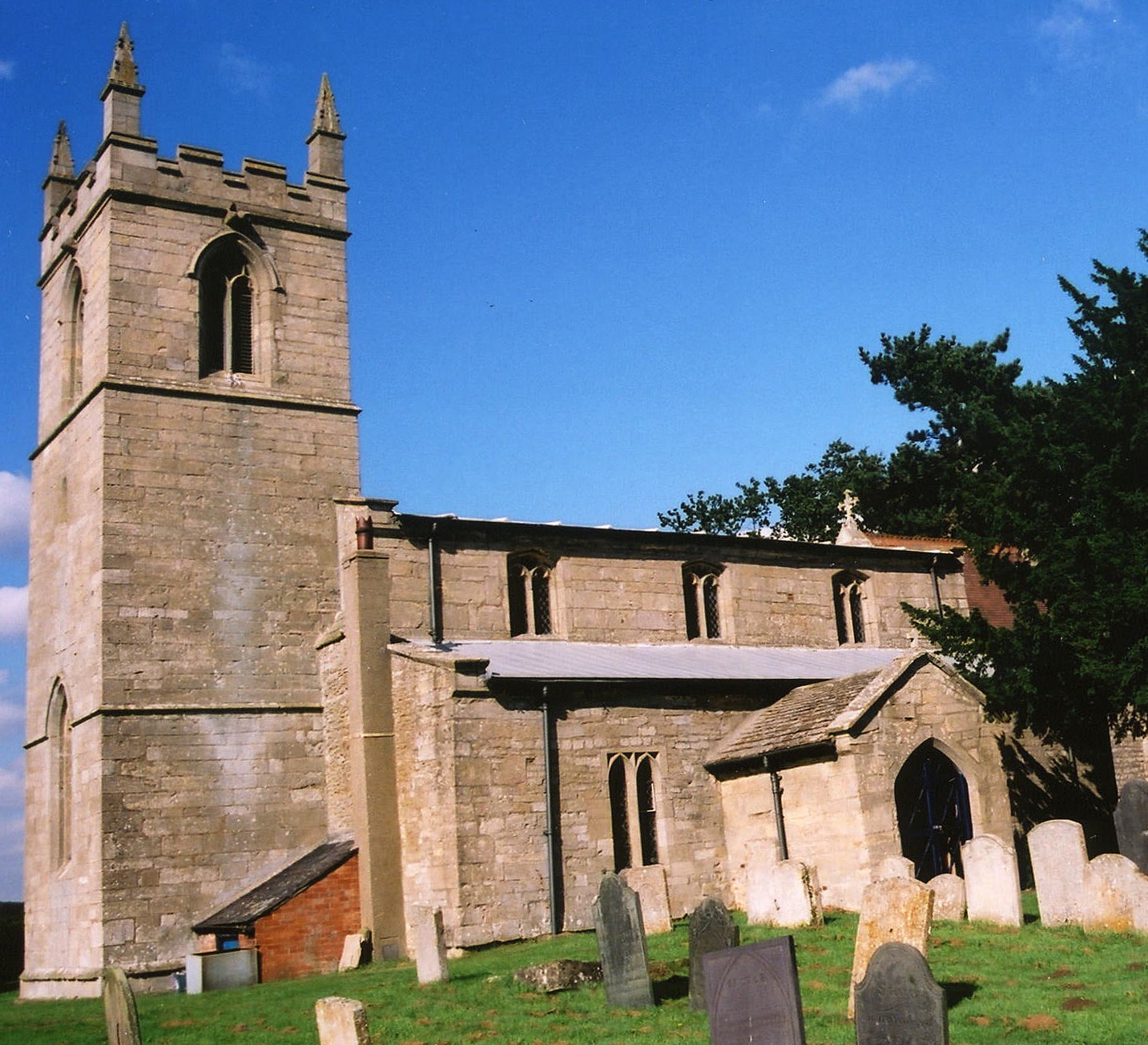 This village and parish is situated about five miles north of Bourne, just west of the A15 trunk road. Aslackby parish lies to the north and Rippingale parish to the east. The parish covers just under 1,100 acres.

A small creek runs past the north side of the village, enventually joining the River Glen near Bourne. If you are planning a visit:

You can see pictures of Kirkby Underwood which are provided by:

You can see the administrative areas in which Kirkby Underwood has been placed at times in the past. Select one to see a link to a map of that particular area.

Michael Peck provides us with: "There are two memorials, one covering both WW1 and WW2 while the second (a window) is for WW1 only - and this appears to be missing one name (Hill) which appears on the roll. There is an associated plaque with the window, this shows some names and so is included. The window shows ranks and arms of service, the roll merely shows ranks and names. Names recorded are:"

Regarding Private HILL: Quoting Rebecca CONDON: "...the name was forgotten originally and added later when the mistake was realised."

Associated Plaque - The memorial window at the east end of the chancel was designed and executed by Messrs Burlinson and Grylls Window Artists, London. It was unveiled by W Dyson Esq of Bulby Hall and dedicated by Rev Canon W W Layng Rector of Rippingale and Rural Dean of the Deanery on 24th October 1920. John Smithson Barstow MA Rector, Henry Burbank, Thomas Wyer Churchwardens