The Library at Boston will prove useful in your research.

You can also try the Community Library at Swineshead, although they are only open two days per week.

Donnylad provides a photograph of the Chapel at the Old Cemetery on Geo-graph, taken in April, 2006.

The tombstones in the churchyard have been moved from their original locations. Some were placed around the edge of the graveyard, and some were built into the footpath and their engravings are being worn away.

Elizabeth HANCOCK has a photograph of the Parish Church Lych Gate on Geo-graph, taken in February, 2006. 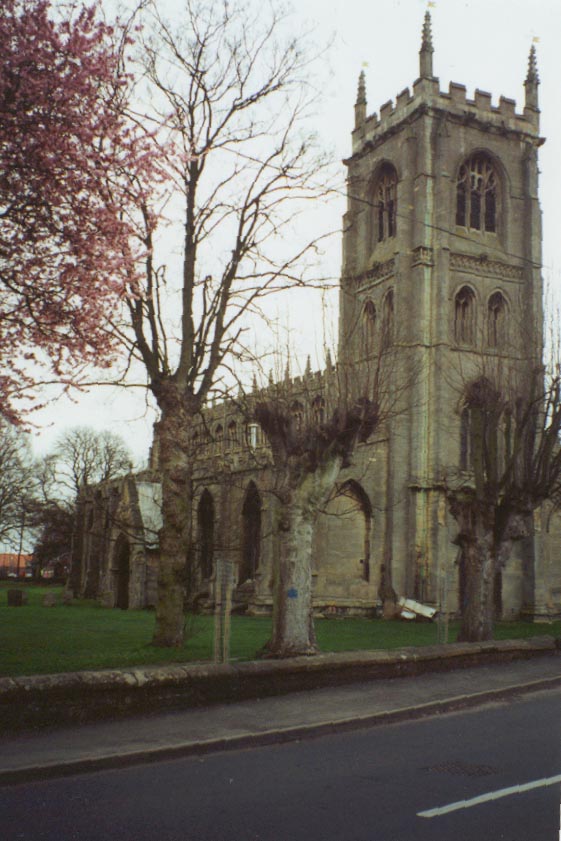 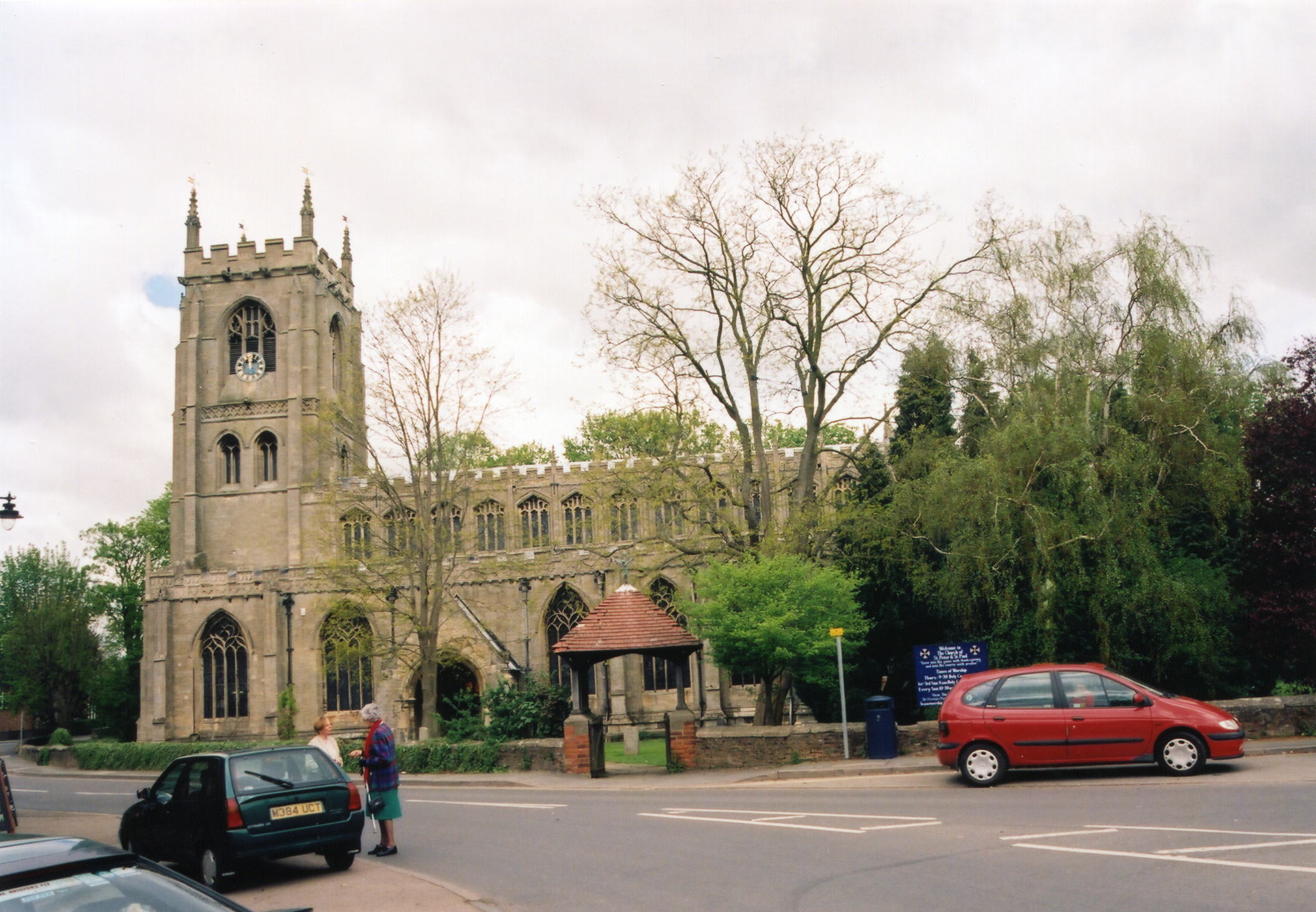 This village and parish are 103 miles north of London and just over 4 miles southwest of Boston on the Spalding Road, partly bordering on "The Wash". Frampton parish lies to the north. Kirton Holme, Kirton End, Kirton Mears, Seadyke, Simon Weir and Skeldyke are hamlets within the parish.

When planning a visit:

You can see pictures of Kirton in Holland which are provided by:

You can see the administrative areas in which Kirton in Holland has been placed at times in the past. Select one to see a link to a map of that particular area.

The War Memorial obelisk is rough hewn grey stone centered in a grassy road triangle. It was unveiled in November 1922.

John EMERSON, who retains the copyright, provides these photographs of the war memorial at Kirton in Holland: 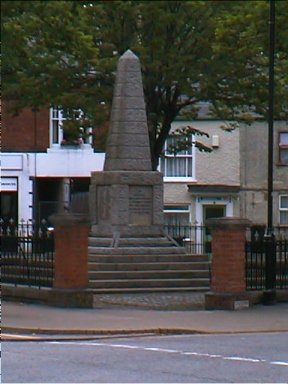 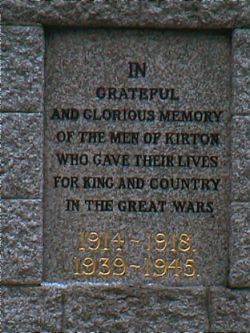 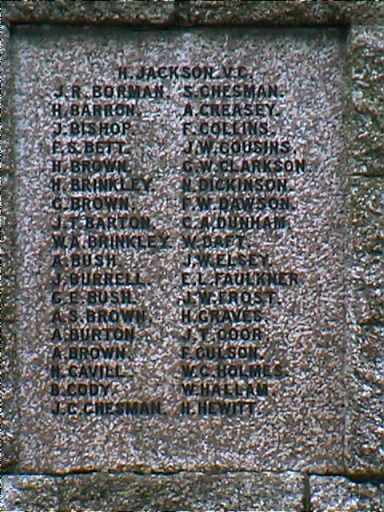 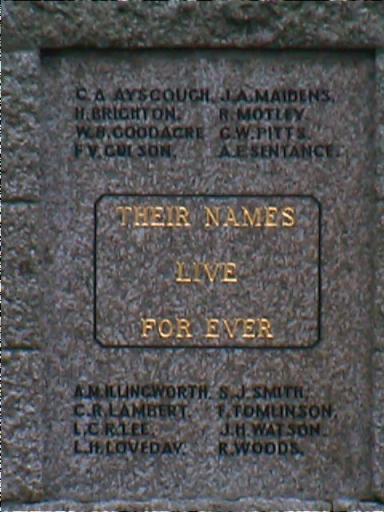 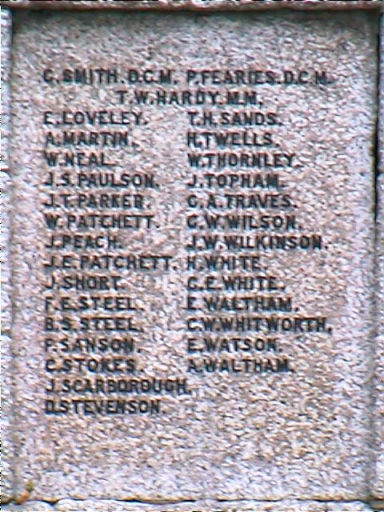 Richard CROFT also has a phtograph of the War Memorial on the Green at Kirton on Geo-graph, taken in February, 2008.

The Kirton Holme War Memorial can be seen on the Roll of Honour site along with a list of names of men who perished.

John EMERSON also provides this List of Names from the Kirton War Memorial.

The Imperial War Museum provides this list of 102 names (all WW One):

Most of the population stats below are for the ecclesiastical parish. 1891 is for the civil parish.