Jo TURNER has a photograph of the old Reading Room and Library on Geo-graph, taken in April, 2011.

The Louth Library is normally open six days per week. It has computers, access to Ancestry, and friendy staff. It is near the Louth Post Office.

And don't overlook the collections at the Louth Museum at #4 Broadbank.

And check out the Louth Navigation Trust for books and history of the area. 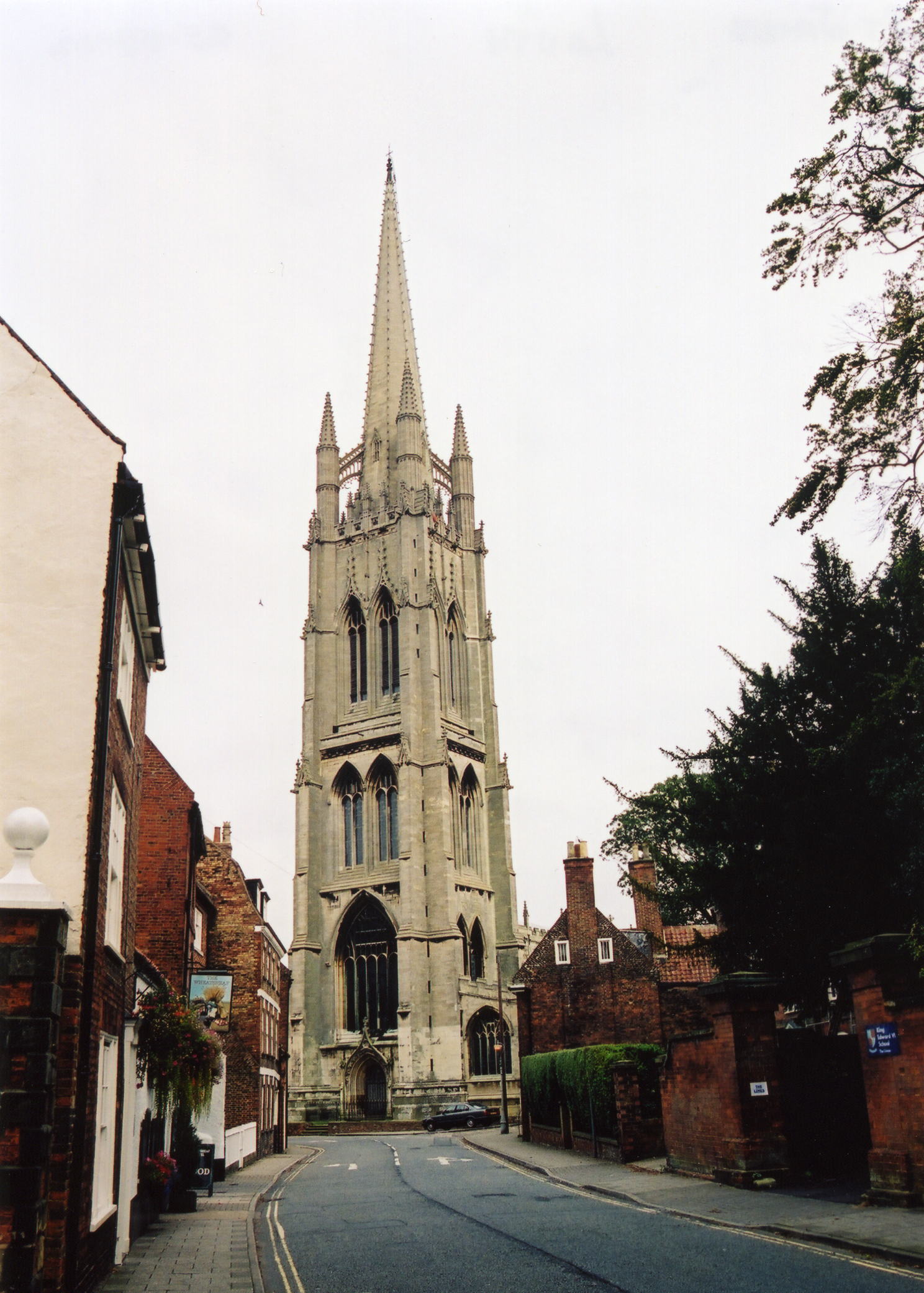 Louth is a civil parish, a municipal borough, the head of a union, a court district and a market town. The parish covers a fertile vale on the eastern side of the Wolds, with the land sloping slowly down eastward to the North Sea some ten miles distant. Keddington parish lies to the north-east, Stewton parish to the east and Raithby parish to the south-west. The civil parish covers about 2,750 acres, all within the borough of Louth.

The borough of Louth started out as a village named Luda, became a market town, and was nearly abandoned (see History). It has an ideal location 148 miles north of London, 13 miles north-east of Horncastle, 33 north of Boston and 15 miles south of Grimsby.

It is said that there is nothing spectacular in Louth - only mellow Georgian houses of red brick and pantile, but you must make your own choices. Many have found the parish church, St. James, to be quite spectacular, with its 295 foot spire. Louth currently basks in being the artistic and musical spot in north England. If you are planning a visit: 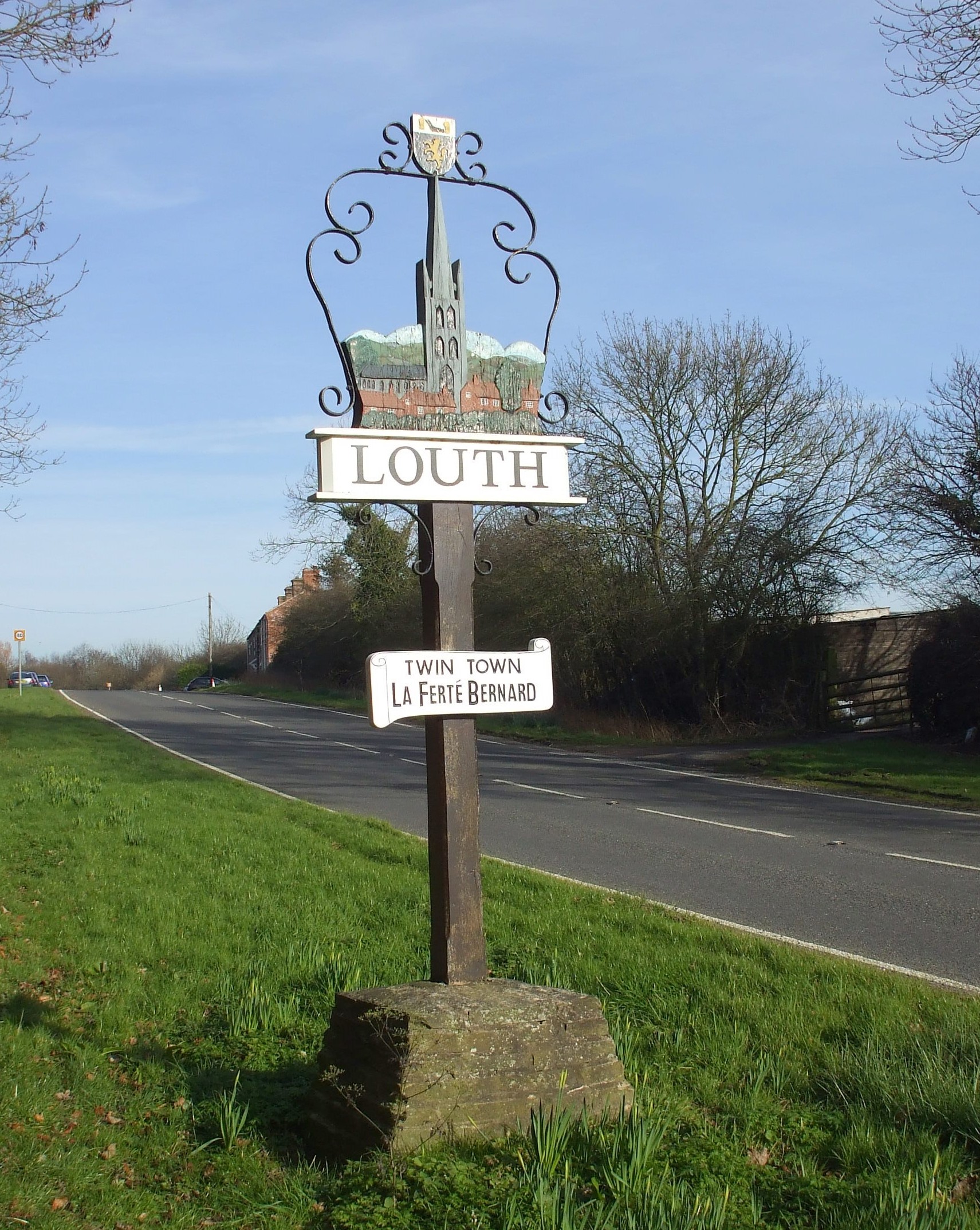 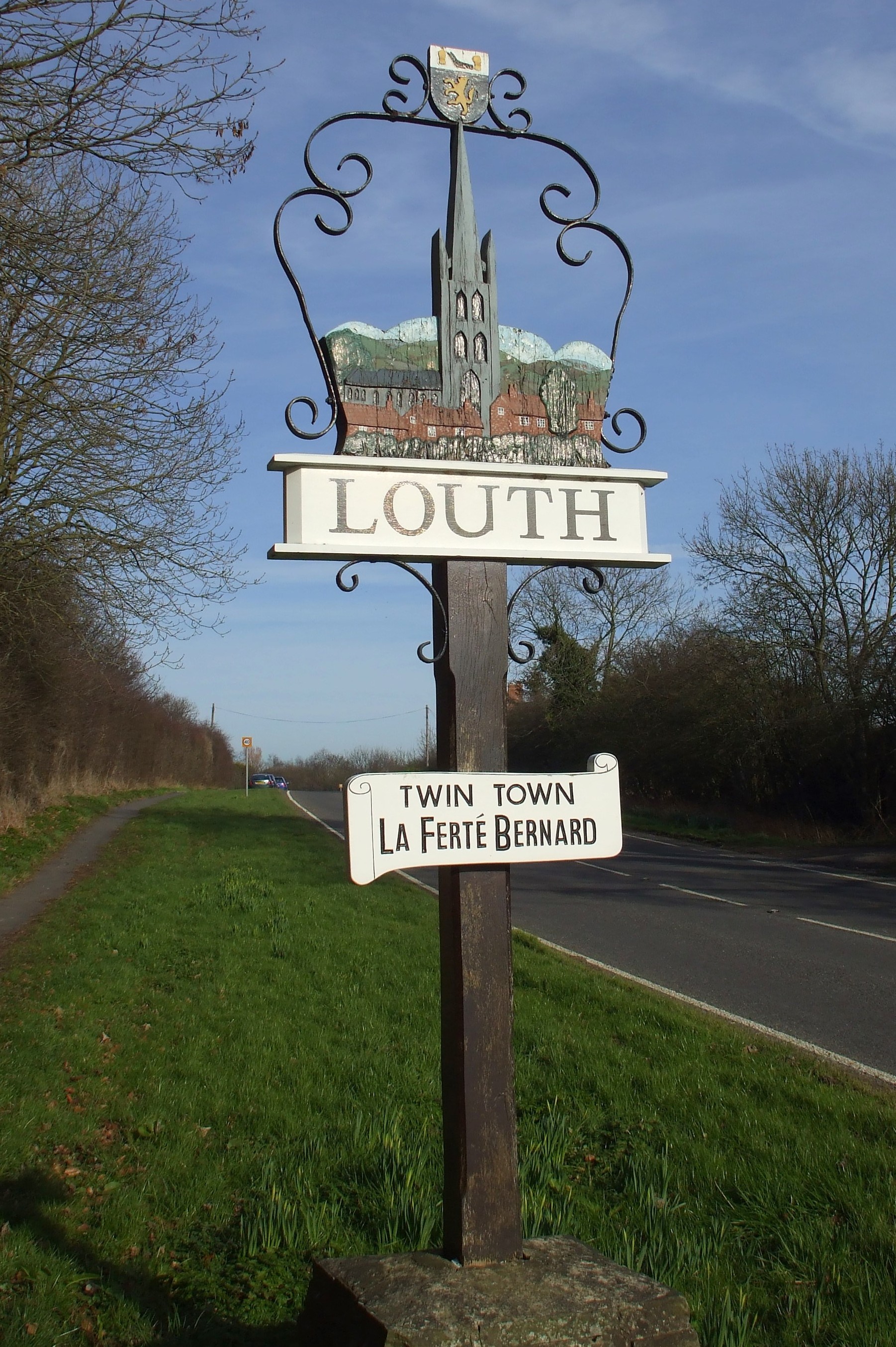 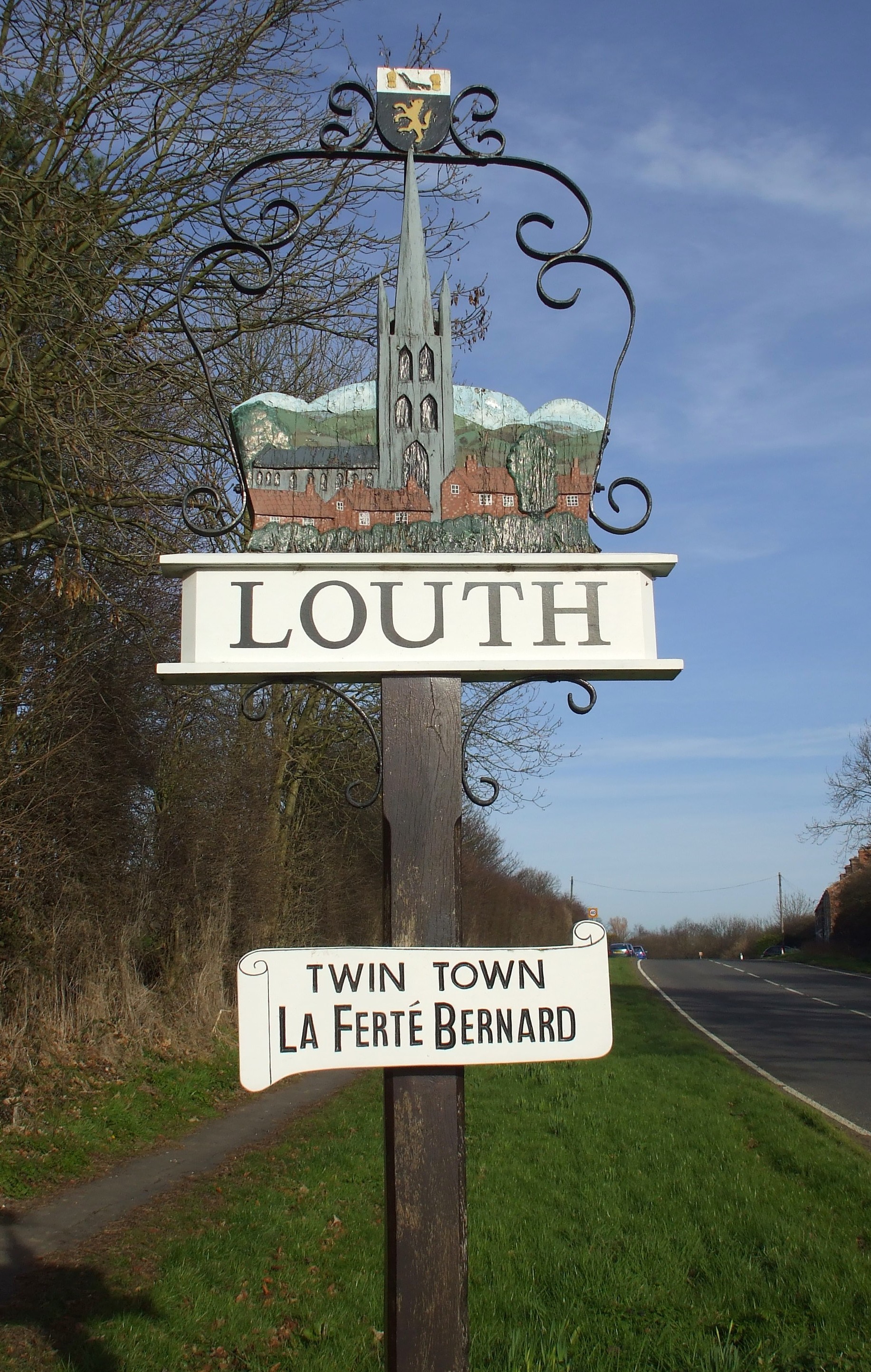 You can see pictures of Louth which are provided by:

You can see the administrative areas in which Louth has been placed at times in the past. Select one to see a link to a map of that particular area.

There was a story in the Louth Standard on October 19th 1935 about the house known as "Eau Meets". The postal address of the house was Conisholme although it was much closer to Alvingham and seems to have no connection to Conisholme. The story is about the terrible state of the house which was literally falling down around John (b 1876) and Elizabeth SPENDLOW nee SMITH (b 1878 in Skendleby).

The house had been in the family for at least 3 generations and as far as I can find out was first occupied by Richard SPENDLOW (b 1774 in Saltfleetby All Saints) and his wife Elizabeth (b 1767). The house was situated at the point where the river Lud split into the North and South Eau, hence the name Eau Meets. Incidentally the locals pronounce Eau as "ee" as in "see" and not the French pronunciation.

Family stories say that one of the duties of the occupiers was to regulate the flow of water along the river using sluice gates next to the house. These waterways are now but a shadow of what they must have been and are mostly dry.

In the Louth museum there is a photograph of Isaac riding his tricycle in Louth. He looks quite a character. According to the 1881 census the house was divided into two with Richard and his wife and granddaughter in one house and his son Isaac and his family in the other, 8 altogether. According to the story in the Standard the house was built from mud and straw bricks which had been made in a "sod clamp" and were not equal in size which must have made them difficult to lay.

Originally there was no chimney, just a hole in the roof over the fire. The chimney was not built until around 1860. In 1935 a new house was built next to the now decrepit old house and John and Elizabeth moved a few yards to the new one. The old house was demolished. The new house is still there and is still "Eau Meets".

The Hospital and Dispensary in Crow Tree Lane was established in 1803. The new hospital building was opened in May, 1883. It had beds for 20 patients.

Hospitals were not required to archive patient records but photographs and accounting records may be in the archives.

In 1795 there is a record of a "Colonel John Henry Loft's Regiment" stationed here at Louth as a training unit. Some men from this unit saw service in Newfoundland, Canada, that year.

The Louth Rifle Volunteers, of the 2nd Lincolnshire, formed in 1859 and consisted of one company of about 80 members. In 1872, they drilled at the Corn Exchange. Officers in 1872 were: J. G. P. ISLES, Captain; William E. DITCHETT, Lieutenant; Lionel R. LUCAS, jnr., Ensign; Mr. Thomas W. WALLIS, Quartermaster Sergeant; and John FACER, Drill Instructor. They had a rifle range on the south side of town.

The Louth Artillery Volunteers, of the 3rd Lincolnshire, formed in 1860 and consisted of one battery of about 80 members. They formed part of the brigade whose head quarters were at Grimsby. Officers in 1872 were: Robert RANSHAW, Second Lieutenant; Sergeant George WEAVER, Drill Instructor.

A Territorial Force of the Army was stationed at Louth just prior to World War I. In addition to the 2nd Division Officers' Training Corps facility, the following were there in 1900:

Here is the Territorial Force in Louth in 1913:

Richard CROFT has a photograph of the Louth War Memorial on Geo-graph, taken in June, 2007.

To see the names from the Louth War memorial, click on the appropriate link below:

This section has been moved to another page because of its size (just under 1Mb). Select Military Records.

In White's 1842 Directory, he states that "Louth ranks next to Lincoln and Boston, among the most populous towns of Lincolnshire, being somewhat larger than Gainsboro', Grantham, Stamford or Spalding."