Rex NEEDLE has a photograph of the Mobile Library Service at Pickworth on Geo-graph, taken in November, 1998.

Robert HARVEY has a photograph of the Churchyard Gate at St. Andrew's on geo-graph, taken in June, 2015. 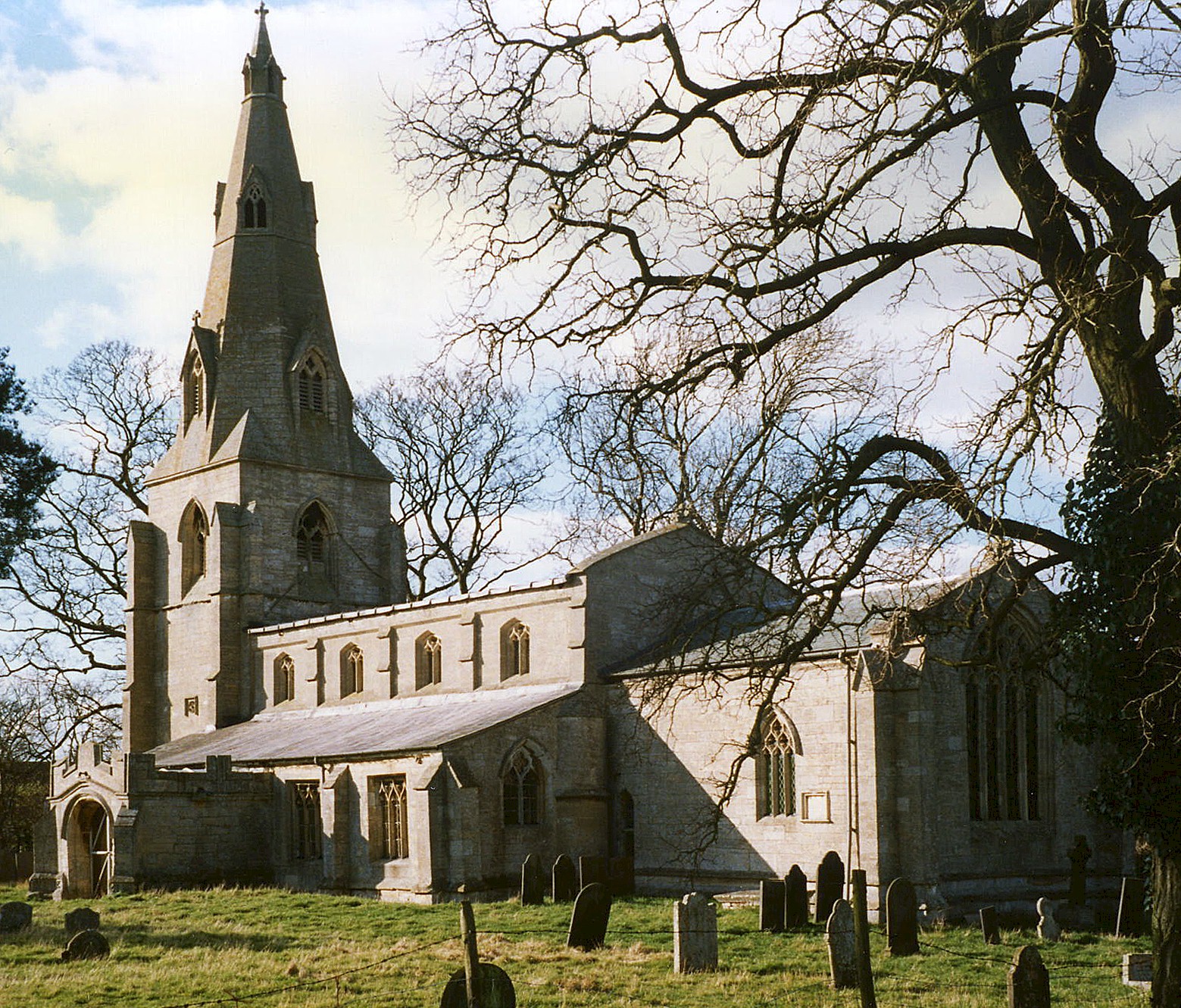 Pickworth is both a village and parish seven miles east of Grantham and three miles west of Folkingham. The parish itself is bounded on the north by Walcot parish, to the west and south by Lenton parish and to the east by Folkingham parish. The parish covers about 1,470 acres. In 1913, the ecclesiastical parish was merged with Walcot.

Pickworth is a small village, off the main roads. If you are planning a visit:

You can see pictures of Pickworth which are provided by:

You can see the administrative areas in which Pickworth has been placed at times in the past. Select one to see a link to a map of that particular area.

The 1086 Domesday Book lists Pickworth as having forty households and a church.

The Pickworth Village Website won an award from the South Lincolnshire Historical Society.

Michael PECK reports: "The Pickworth (St Andrew) War Memorials have been recorded. There are 3; a WW1 memorial proper and a separate Roll of Honour for WW1 and WW2. There are no numbers, ranks or arms of service mentioned. On the WW2 roll the surname appears first."

Charles Richard SHARPE (Note the slight spelling change) won his V. C. on 9 May 1915 according to official records. He was a corporal in the 2nd Btn. Lincolnshire Regiment and died in 1963 at Workington, Cumberland. Basil G. HOUGHTON, above, is believed to have emigrated to the US in October, 1918. George C. COOK, above, is buried in Walcot's parish cemetery. William Hardy JOHNSON was a private in the 11 Btn. Sherwood Foresters, age 20, who died 1 Oct. 1916.

WW2 Roll of Honour - Parish of Pickworth on active service.

There appear to be no Commonwealth War Graves in Pickworth's parish churchyard.

I don't know if this group is still active, but ask around in the village if you must: