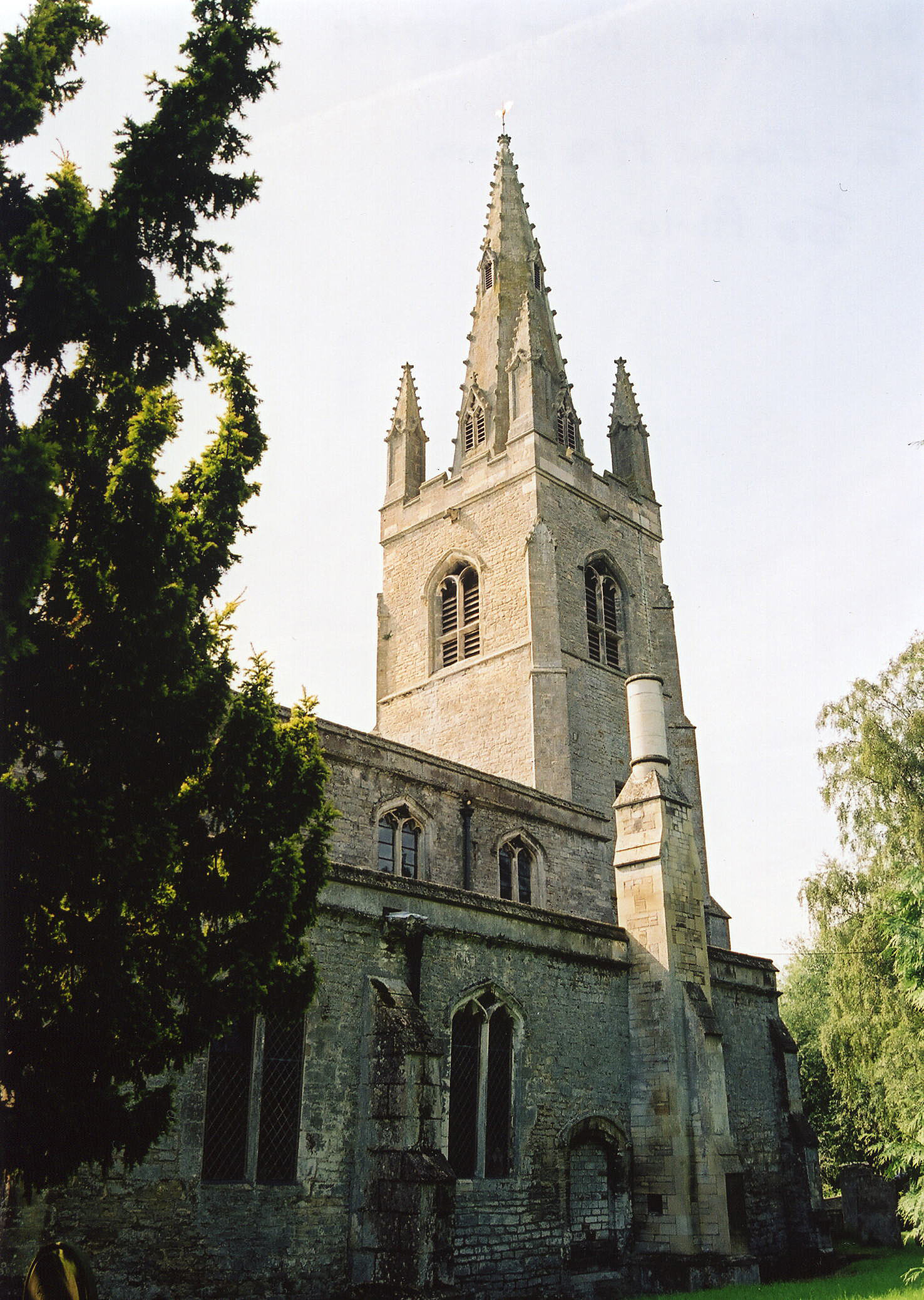 West Deeping is both a village and parish 90 miles north of London. They are between Stamford and Market Deeping on the A16 trunk road. The parish is bounded on the west side by Tallington parish and on the east by Market Deeping. The area is about 1,200 acres of flat fenland, drained by many small canals and the River Welland.

Sadie Newman has offered to provide census and parish register lookups for West Deeping on a "time available" basis.

The village sits on the north bank of the River Welling. If you are planning a visit:

You can see pictures of West Deeping which are provided by:

You can see the administrative areas in which West Deeping has been placed at times in the past. Select one to see a link to a map of that particular area.

From the Stamford Mercury newspaper, the week of 6 Jul 2001:

"Blink and you would miss West Deeping, which would be a pity. Although this tiny village may have less than a 100 homes it has a fascinating history. West Deeping is little more than a main Road- the old Roman causeway -Ling Street. There has been a settlement in West Deeping since prehistoric times and it is also recorded in the Doomsday book.

In 1841, records show that there were no fewer than 42 agricultural labourers living in the village along with three shoemakers, a tailor, dressmaker, butcher, baker, a couple of wheelwrights and carpenters, two grocers, millers and four stone mason! Forty years later there was still a similar number of trades' people and near to the Red Lion pub - one of three in the village at the time - was the post office and a grocers shop.

Ten years on again, and there was still the butcher, blacksmith, millers, shoemakers and a laundress. The general store keeper also baked bread and kept the post office; the number of agricultural labourers was declining. The businesses gradually closed and even the village store and post office shut up shop in 1991. Now residents either shop in nearby Stamford or Market Deeping or rely on regular visits from mobile produce sellers.

At the spiritual heart of the village is St Andrew's Church that dates back at least 750 years.

If you want to know more on this West Deeping, you may be interested to know that a local villager, Virginia Hall has just published a book that she has spent five years researching called " A portrait of West Deeping". She is selling the book, according to the article, from her home at Rose cottage, King Street, West Deeping at a cost of £9.00.

Brian GREEN has a photograph of Maxey Mill on Geo-graph, taken in January, 2007.

Paul BRAGG has a photograph of The Red Lion Inn on Geo-graph, taken in May, 2009.

Here are the proprietors of The Red Lion shown in various Directories: