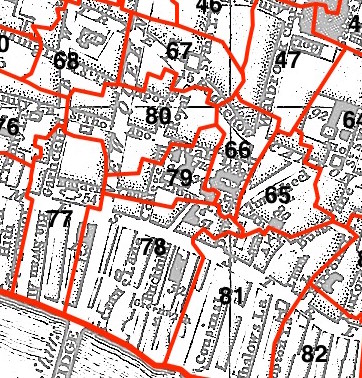 "ST. MICHAEL PATERNOSTER ROYAL, the church of, stands on the eastern side of College-hill, Upper Thames-street. It derives its name from its patron saint, and from its contiguity to the Tower Royal, that stood anciently at the upper or northern end of College-hill. . . The church of St. Michael Paternoster Royal, has been a rectory from very ancient date, and the patronage was in the Prior and Canons of Canterbury, as early as 1285. . . The old church was pulled down and rebuilt in 1410, when by license from Henry IV., it was made Collegiate of the Holy Spirit and St. Mary, by Sir Richard Whittington, four times mayor. . . The ancient church, college and alms houses, were all consumed by the great fire of 1666, and the present edifice erected in its stead, by Sir Christopher Wren in 1694. It was made parochial for this parish and for that of St. Martin Vintry, the church of which was also destroyed by the same fire. . . The present rector is the Rev. George F. L. Nicolay, M.A., one of the brethren of St. Katherine's Hospital in the Regent's-park, and vicar of Little Marlow, who was instituted in 1790." [James Elmes. A Topographical Dictionary of London and its Environs (1831) - transcribed by Brian Randell]

This parish - no. 79 in the above map - is located in Vintry Ward.
The church dates from before the Great Fire, and was rebuilt by Wren 1686-94.

Richard Whittington, a paper by Alan Seymour Lamboll, to the Guildhall Historical Association in 1975.

The Real Dick Whittington, from The Lord Mayor's Show website.

Online Parish Register Images and Indexes for St Michael Paternoster Royal parish are provided by, or at various subscription sites via, the LDS FamilySearch wiki.

Independent/Congregational is the only identified non-Church of England denomination in St Michael Royal with St Martin Vintry [LDS FamilySearch Wiki].

You can see pictures of St Michael Paternoster Royal which are provided by:

You can see the administrative areas in which St Michael Paternoster Royal has been placed at times in the past. Select one to see a link to a map of that particular area.

Surnames from the 1881 census in the St Michael Paternoster district.