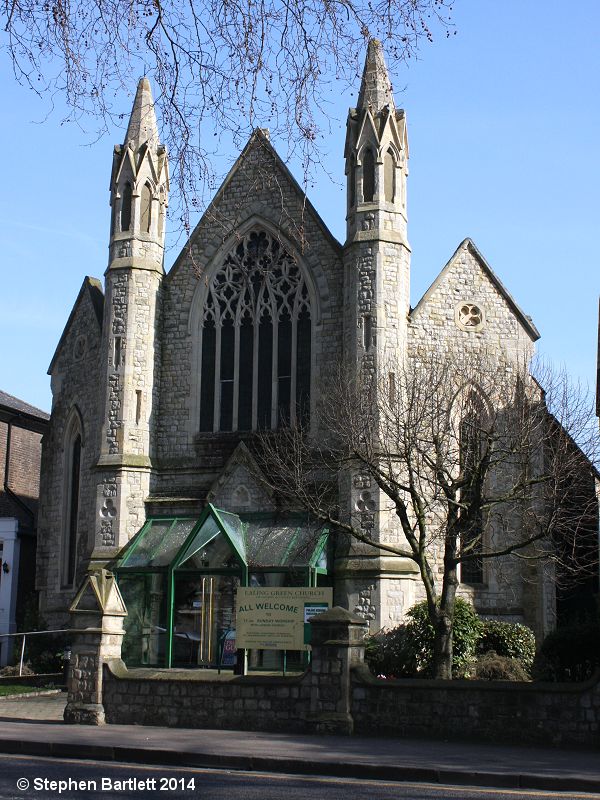 Ealing Green Methodist and United Reform Church stands on ?Ealing Green? (a short section of St Mary?s Road) just south of The Grove. According to the ?Find a Church? website it was founded in 1800. It is shown on the 1894 Godfrey map of Ealing as ?Congl Chapel? and so was presumably Congregational in origin (later URC). The Methodist association would seem likely to be a later development; it does not seem probable that this church was Methodist in origin. [Based on information supplied by Stephen Bartlett, March 2014.]