"Clayworth Parish comprises the two townships of Clayworth and Wiseton, which together contain 3,170 acres of land and 627 souls. It is intersected by the Chesterfield Canal, and bounded on the west by the River Idle. The two townships maintain their poor separately, and have both a fertile soil, that of Clayworth being a rich clay, and that of Wiseton a fine red sandy mould. Clayworth is a good village on the east side of the canal, 6 miles north by east of Retford. It contains a population of 474 inhabitants, and 2,076 acres of land. The heirs of the late Peter B. Dickenson Esq. and lords of the manor, and the principal owners are the Rev. John Otter, G.C. Fox Esq., H.B. Simpson Esq., and Mrs Davenport. The church, dedicated to St Peter, is an ancient edifice with a tower, and contains many old monumental inscriptions. The living is a rectory valued in the King's books at £26 10s 10d, now at £604, in the patronage of the Dean of Lincoln, and now enjoyed by the Rev. Thomas Henry Shepherd M.A." [WHITE's "Directory of Nottinghamshire," 1853]

Clayworth is a village, a township and a parish bounded on the west by the River Idle. The parish is 6 miles north of East Retford and 8 miles west of Gainsborough, Lincolnshire. The parish covers 3,080 acres and inclues the hamlet of Wiseton.

You can see pictures of Clayworth which are provided by:

We have this entry from WHITE's 1832 Directory of Nottingham, page 336, starts with:

"CLAYWORTH comprises the two manors and townships of Clayworth and Wiseton, which together contain 3,116 acres of land and a popluation of 577 souls. It is intersected by the Chesterfield Canal, and is bounded on the west by the river Idle, and on its other limits by Gringley-on-the-Hill, Beckingham and North and South Wheatley. The two townships maintain their poor separately, and have both a fertile soil, that of Clayworth being a rich clay and that of Wiseton a fine red sandy mould."

You can see the administrative areas in which Clayworth has been placed at times in the past. Select one to see a link to a map of that particular area. 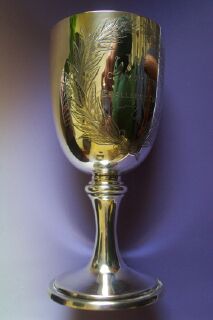 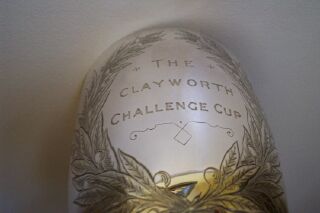 Wiseton Hall is a stately home near Clayworth. It was originally built in 1771, then demolished in 1960 and rebuilt in 1962. Wiseton was, for some generations, the home of the ACKLOM family.

Clayworth's war memorial is dedicated to the 12 soldiers from Clayworth who died during the Great War and the 6 who were killed in the Second World War. The names are listed on a roll of honour inside St. Peter's Church.

The Roll of Honour can be seen at the Nottinghamshire County Council site. The nemaes are:

Note: The webpage author has been unable to find any information on "F HONEYSETT", above, from World War One.

By 1769 Clayworth appears as Cloworth.