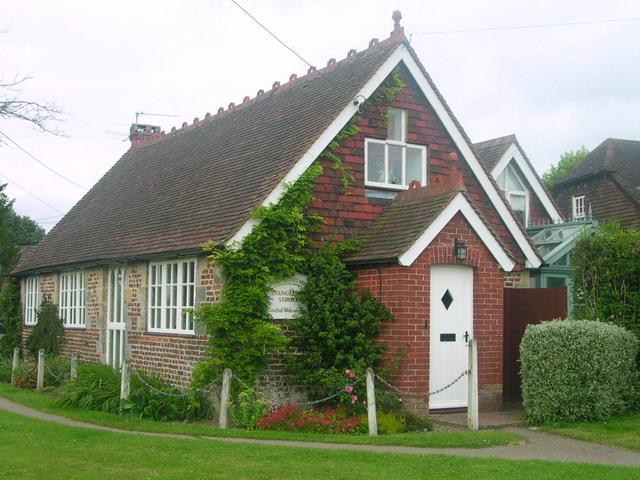 Originally built for the Congregationalists in 1796, now used by an Evangelical congregation.