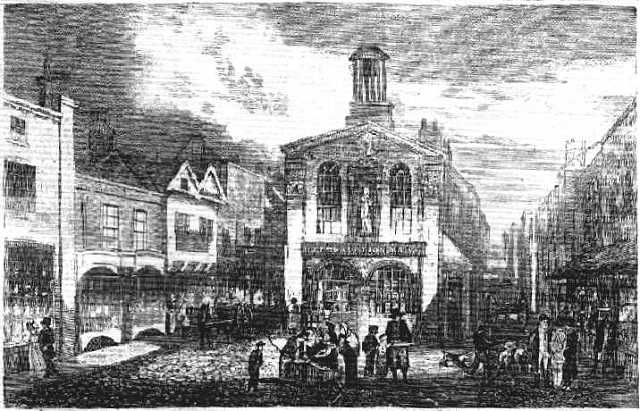 1619 - It was found that the Moot Hall, then lately erected in the town, was built out of the money belonging to the poor; but that John Metcalf, the under bailiff of the town, had converted the rent of part of the building to his own use.

1710 The ancient Moot Hall was rebuilt, in front of which stood the pillory and the stocks. It was sold along with the shops and rooms beneath it, under the authority of an act of parliament for the improvement of the town of Leeds, passed in 1824. The purchase money, which amounted to £3,043. 6s. 4d., was laid out in the purchase of stock, to be appropriated to the use of the poor. It was demolished in 1825.