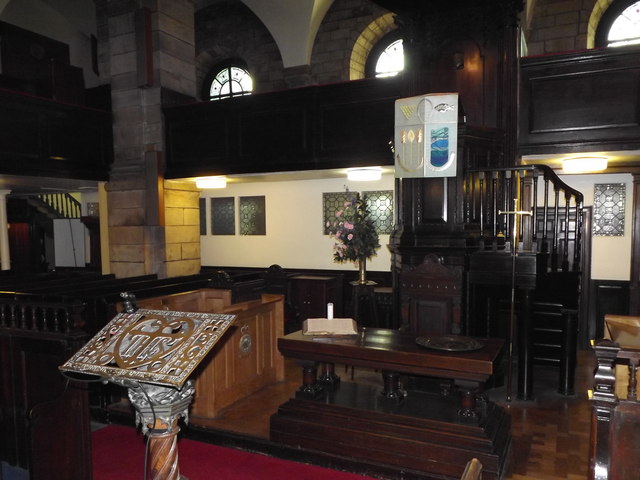 "The parish of West Kirk contains a population of 10,186; the minister's stipend is £300, paid by the corporation. The West church, originally the nave of the ancient church of St. Nicholas, is separated from the East church by the arches of the tower, which is surmounted by a lofty spire 143 feet high; the church was handsomely rebuilt in the eighteenth century, was enlarged in 1836, and now contains 1454 sittings. There are places of worship for Independents and members of the United Presbyterian Church."

The Kirk of St Nicholas is a historic church located in the city centre of Aberdeen, Scotland. It is now officially known as the "Kirk of St Nicholas Uniting" as it has membership of both of the Church of Scotland and the United Reformed Church. It is also known as "The Mither Kirk" (mother church) of the city.

The building includes two sanctuaries under one roof (though only one is now used). Following considerable decay, the old nave collapsed in approximately 1742. A rebuilt church – known as the West Kirk – was built in 1755, by James Gibbs.