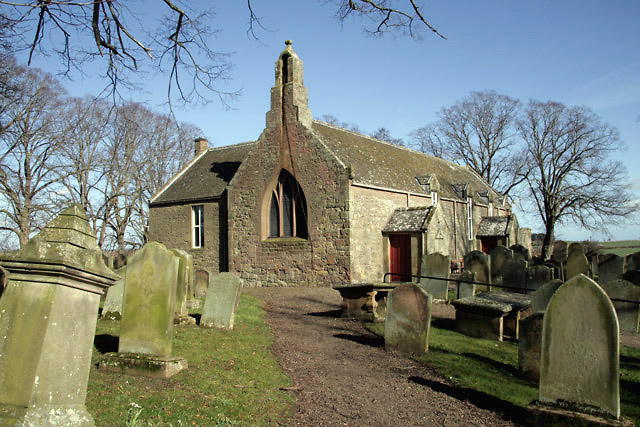 This 1729 kirk was extensively rebuilt on an earlier site of medieval fragments with later additions in 1782, 1837 and 1910. Although the first written record of a church on this site is in 1098, Christian worship has taken place in Swinton for over 1300 years. The bell, called Mary, is also known as the Flodden Bell, as it was rung in 1513 to sound the death of King James IV and many of his followers at the Battle of Flodden. The bell is inscribed:-