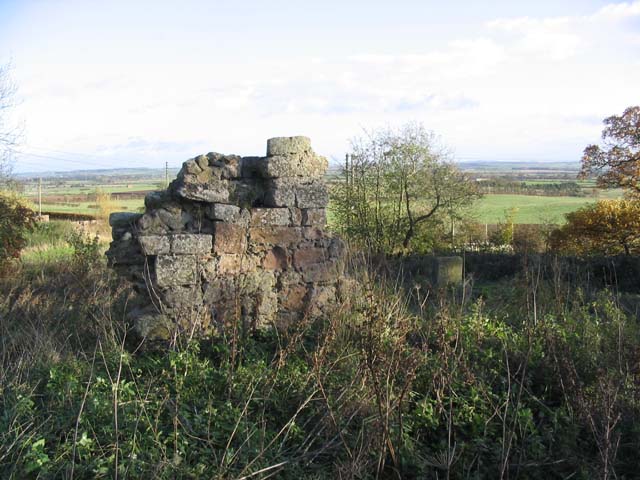 The remains of Hilton Church

The scant remains and some grave stones are all that is left of the medieval kirk.

Only a small fragment of stone wall remains at the site of this old ruined church and graveyard. In this photograph, an old gravestone is to the right of the stonework. Some of the headstones and tablestones date back to the early 1700's. It would appear that the church was abandoned in favour of the church at the nearby village of Whitsome.

"HILTON, an ancient parish in Berwickshire, united, in 1735, to that of WHITSOME, which see. The old church stood on a small hill, and hence drew the name Hilton, or Hilltown, upon the hamlet in its vicinity."

From the Imperial Gazetteer of Scotland, edited by John Marius Wilson, 1868.