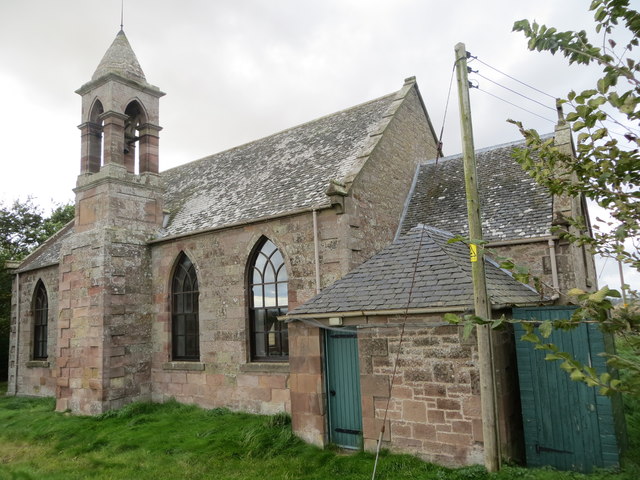 © Copyright Peter Wood and licensed for reuse under this Creative Commons Licence.

Whitsome Kirk, viewed from the east. The Kirk is now disused having held its last service in February 2013.

The original church is from the earlier part of the 12th. century and was granted to Coldingham Priory by David I who reigned between 1124 and 1153. David's grandson, William I, reaffirmed David's grant. The parson, Rauf de Hawden swore fealty to Edward I at Berwick and had his chapel restored having previously been seized. When Robert the Bruce ascended the Scottish Throne, he got rid of the family of the previous puppet king, John de Baliol, and his supporters from Berwickshire. Among those loyal to de Baliol was John de Yle (Lyle) the laird of Whitsome and the lands and patronage of the church returned to the rightful owners, the eminent Border family of Pringle.

The present church was built in 1803.

From : The Village Kirks of the Borders of Scotland.