Here is a map from the Imperial Gazetteer of Scotland, edited by John Marius Wilson and published by A. Fullarton & Co. in 1868. This map, which appears in volume I of the gazetteer opposite page 157, was drawn by W. Johnston and engraved by W. Smith. Parish boundaries are marked in red and a list of parishes, together with the numbers indicating their positions on the map, is given at the bottom-right corner of the map. Adjacent counties are also identified, showing the context. 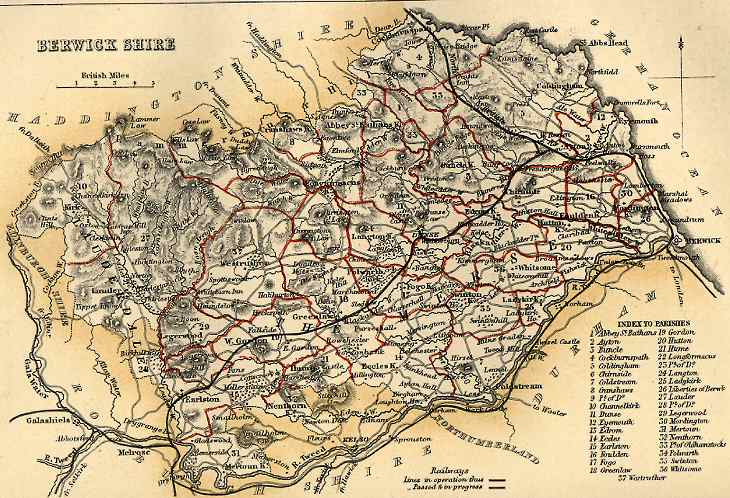