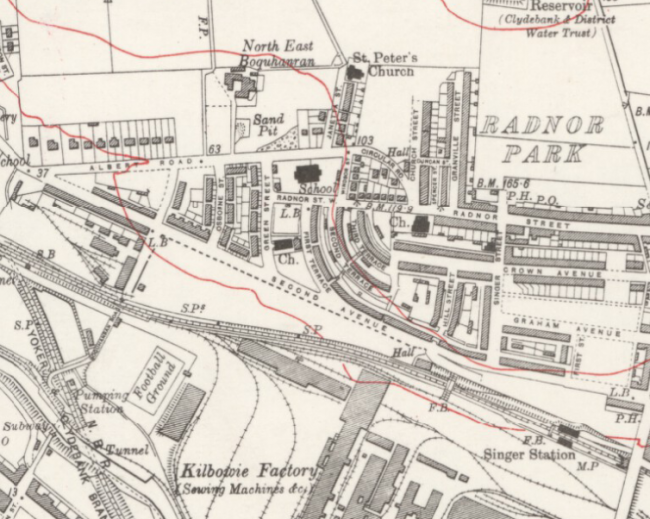 Former address was Janetta Street, Clydebank, Dumbarton. The church which stood on this site was severely damaged during the Clydebank blitz in 1941. A church of Scotland report suggested that "the entire building, with exception of front and south walls will require to be demolished and rebuilt". The church building has not survived and houses now occupy the site. No sign of this church building remains.

The church was rebuilt in the early 1950s, but has since been demolished.

The dedication was to St Peter.