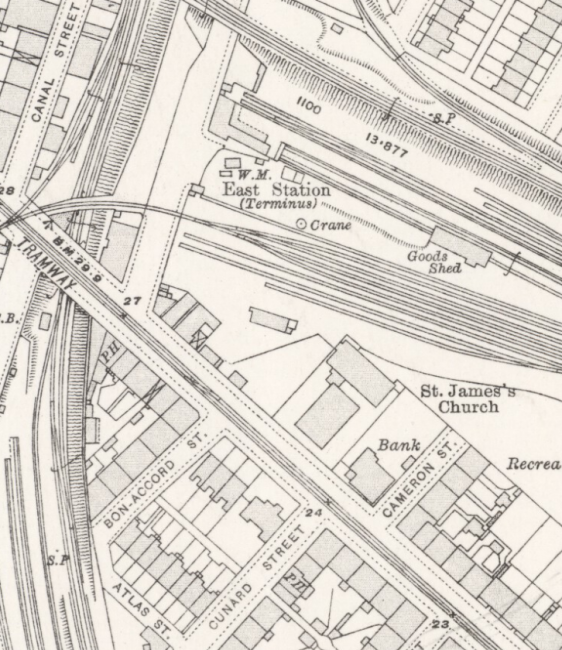 This was the first church in Clydebank, but the church is now demolished. Along with the nearby St Cuthbert's, it became the basis for the present-day Clydebank Waterfront  (Abbotsford) church which also absorbed its former Abbotsford namesake, amongst others.

St James was located in the area of Whitecrook, near the present-day A814 Glasgow Road/Dumbarton Road and just north-east from Cunard Street, not far from the former John Brown's shipyard and its preserved Titan crane. See the National Library of Scotland map for Dumbartonshire, Sheet n023.15 - 25 inch Map.