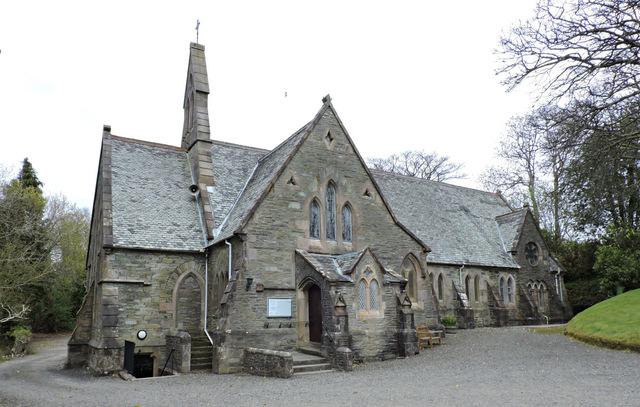 "Cove, a charming watering-place in Roseneath parish,  Dumbartonshire, to the right or E of the entrance to  Loch Long. Conjoined as a police burgh with Kilcreggan, it comprises a number of neat villas and cottages.  At it are a post office, with money order, savings bank,  and telegraph departments, a steamboat pier, and Craig rownie quoad sacra church. A public hall for the united  burgh, with recreation and reading rooms, was erected  in 1892. See Kilcreggan and Craigrownie."

From the Ordnance Gazetteer of Scotland, Francis Groome, 1896

A Category B Listed building dating from 1852. Designed by H.H.McKinney of Liverpool, substantially altered and extended in 1889 by Honeyman and Keppie of Glasgow.

The organ was built by James J Binns of Leeds. The Church hosts various examples of stained glass including J Benson, S Adam, Mayer & Co. including mural paintings of the four Evangelists by the sisters Doris and Anna Zinkeisen.