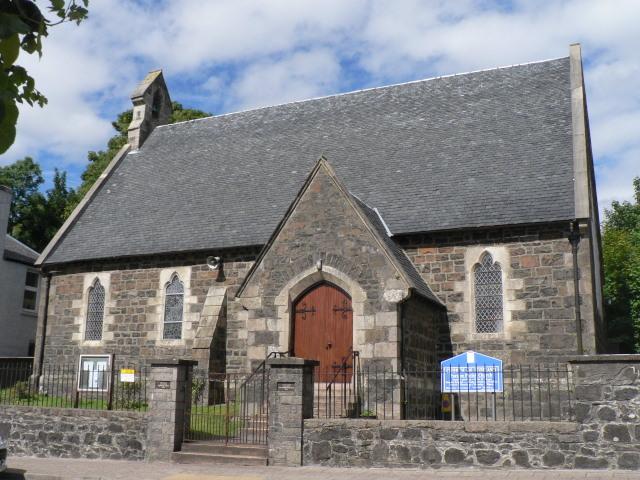 Standing on the north east side of Portree's Somerled Square overlooking the central car park is Portree Parish Church. Externally it is fairly undistinguished, the main features being a bellcote at the top of the west gable and a porch in the south east corner.

The church was built as a Free Church in 1854, to a design produced by John Hay of Liverpool. Since then its history has reflected the changes that have taken place in the Church in Scotland more widely. In 1900 it became Portree's United Free Church, before finally becoming part of the Church of Scotland in 1929.