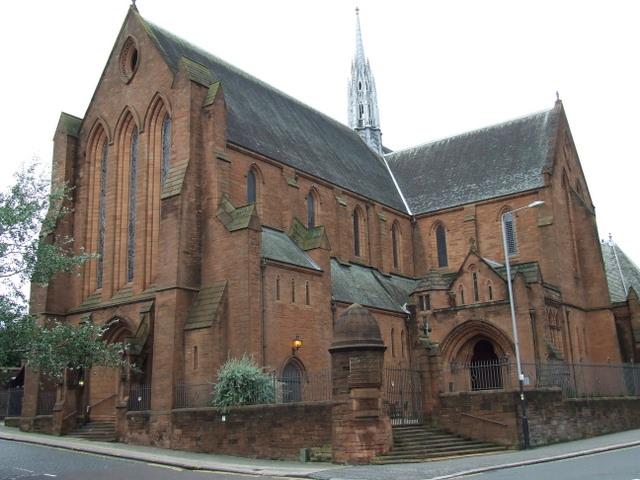 The University of Strathclyde's Barony Hall is the former Barony Church on High Street.

The Barony Parish was in existence from at least 1595 until 1985, a period which saw it develop into one of the most prestigious and important parishes of the Church of Scotland, then to decline and vanish back to where it originated. Amongst the ministers to have served the Barony have been included some of the best known clerics and brightest luminaries of the Church; Zachary Boyd (1625-53), Donald Cargill (1655-62), Norman McLeod (1851-72) and John White (1911-1934). John Marshall Lang, minister from 1873-1900, and father of Cosmo Lang, Archbishop of Canterbury, authored a volume on the history of the parish in 1895.

Barony Hall, also known as Barony Church, is a red sandstone Victorian Gothic church located on Castle Street in Glasgow, Scotland, near the Glasgow Cathedral and the Glasgow Royal Infirmary. Together with the Glasgow Cathedral and oldest surviving house, Provand's Lordship, which are both near Glasgow's historical High Street, Barony Hall establishes its place as a city's heritage and a fine example of Gothic architecture. The Old Barony Church was built as a part of the Barony Parish in Glasgow by architect James Adams. It opened in 1799 and served ceremonial and other congregational purposes. The replacement for the old building was designed by J.J. Burnet & J.A. Campbell and raised in 1889, and incorporated architectural artifacts from the old church and a number of other relics.

The New Barony Church was acquired by the University of Strathclyde in 1986. It was restored to its former glory by 1989 and is now utilized as a ceremonial hall, as well as serving other university purposes, known as the Barony Hall.