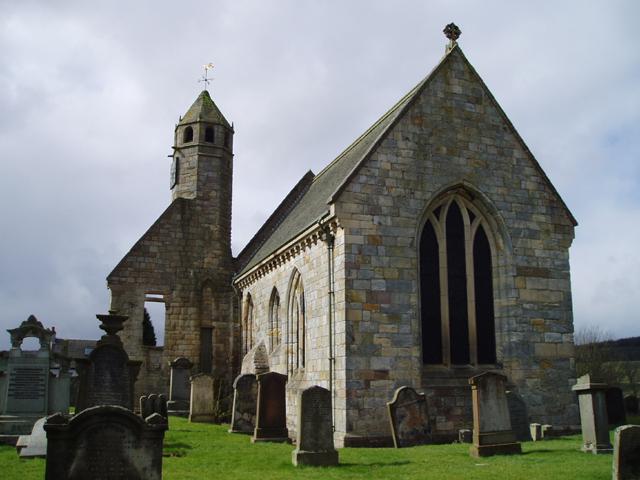 St Brides Church, Douglas - This late 14th century church now in the care of Historic Scotland is now the Mausoleum of the Black Douglases and contains the tomb of the Good Sir James Douglas who carried Robert the Bruce's heart on crusade. Today only the Choir which was reroofed in the 19th century and the South Aisle of the Nave remain along with a 16th century pencil shaped clock tower housing the oldest working clock in Scotland reputedly gifted by Mary Queen of Scots.