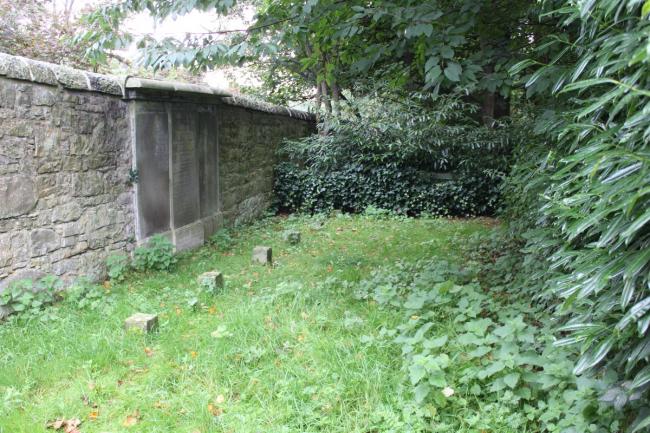 This appears to date from the early period when the building that is now the Scottish National Gallery of Modern Art was "John Watson's Institution", from 1825 - 1975.

Access can be gained from the car park at the rear of the Scottish Gallery of Modern Art (Modern One) in Belford Rd, or from the Water of Leith walk.

The tablet on the wall of the graveyard contains the following inscriptions:

The base of the tablet has the (crumbling) quotation “But Jesus said Suffer little children  to come unto me for of such is the kingdom of heaven.”

Additionally, there are around 12 small head stones inset into the ground, simply carved with initials.