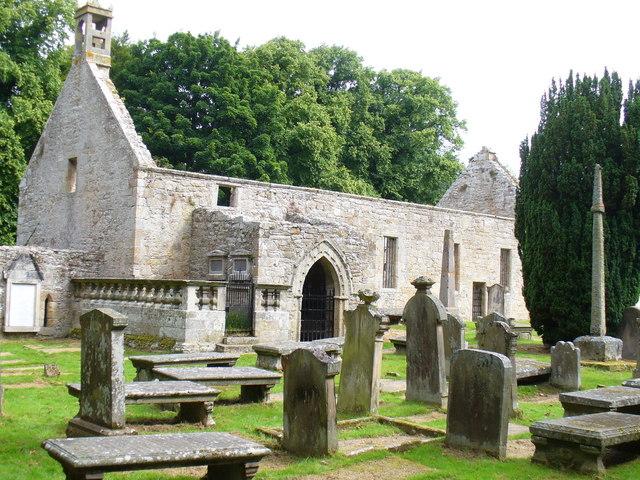 © Copyright Colin Smith and licensed for reuse under this Creative Commons Licence. 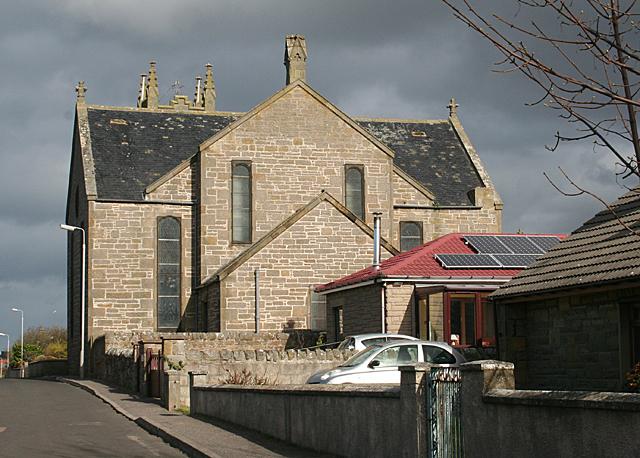 Medieval St Peter's Kirk and the old cross (seen in front of the tree) lie just east of the present day village.

St. Peter's Church was in existence in 1226. The medieval portions that survive consist of the basement of a western tower, and a porch on the south side that was built in 1524.

The rest of the medieval church is replaced by an 18th century structure.

The graveyard was formerly surrounded by a causewayed path made by a party of Cromwell's Ironsides.

The present Hopeman Kirk nearby is in the parish of Duffus, so the original villagers would have been expected to attend the parish kirk in the village of Duffus. This was built in 1854 for the Free Church. It became a United Free Kirk, and in 1929 joined the Church of Scotland. The Memorial Clock Tower was gifted in 1924 by Robert Innes Cameron (1860-1932) in memory of his parents. It was designed by John Wittet.