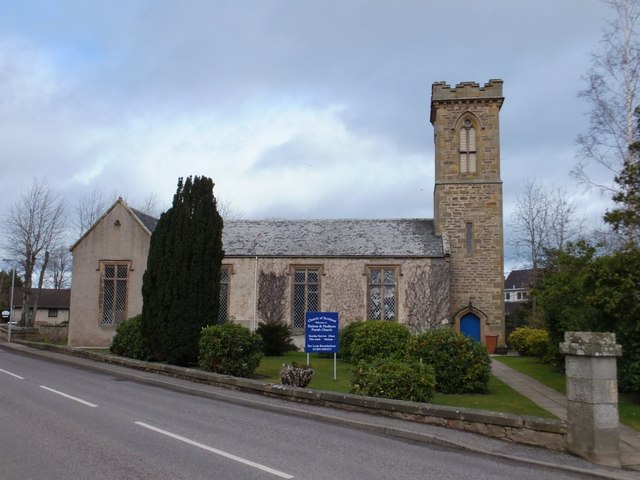 © Copyright Alpin Stewart and licensed for reuse under this Creative Commons Licence.

This parish church is located in the old, original part of Kinloss, which was a small, fairly remote village before the RAF airbase was established here and grew into the vast size it is today. The church stands in fairly small grounds with gardens to the south and a car parking area to the north. Old outbuildings, including a hall, stand at a different angle to the church and are alongside to the north. The historic Kinloss Abbey is a short distance to the south.

Kinloss Church was originally built in the 1760s but has seen numerous extensions and alterations in the subsequent centuries. The church is mostly rubble-built and harled, although the tower at the east end is built in roughly-tooled and shaped sandstone. All windows and doorways have ashlar surrounds and the roof is slated.