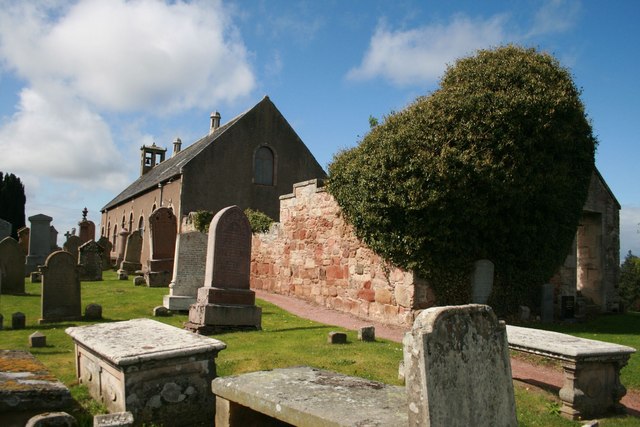 The parish church of Auldearn, built in 1757, It is adjoined by an unroofed portion of its predecessor (whose windows bear traces of Gothic architecture), which is now used for burial. St Columba was associated with Auldearn but whether his establishment was on this site or whether the medieval church was dedicated to him is not known. The old church was destroyed by fire and the 'new one' built in 1757. The graveyard contains many graves of Covenanters killed in the Battle of Auldearn on 9th May 1645.