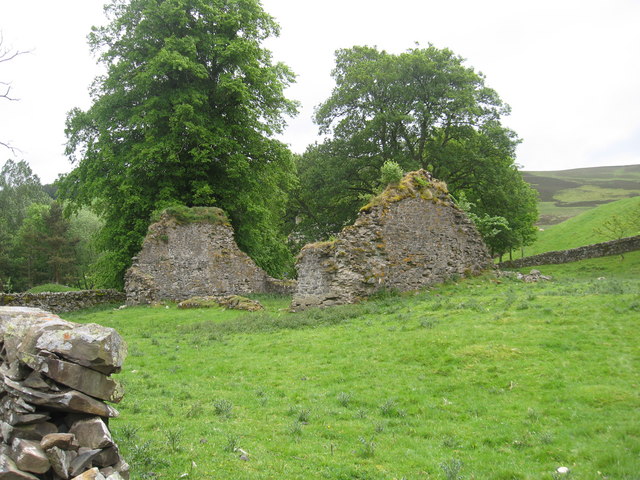 © Copyright James Denham and licensed for reuse under this Creative Commons Licence.

There was a hermitage at Kilbovkhoc in the 12th century and Cosmo, the hermit, was witness to a writ regarding the division of Stobo around 1200. According to the Statistical Accounts for Scotland, the present church was built in 1804 on the site of an older church; this seems unlikely since the ruin in the image appears to be much older. The report continues, the church was capable of housing 500 worshippers but the ruin we see today is not capable of seating that many people. William Porteous was the first post-Reformation preacher at the church. Most of the fabric of the ruin has been lost and was probably used as building materials for other buildings nearby. As a note of interest, Kilbucho is thought to derive from Gaelic meaning the cell of St. Bede.