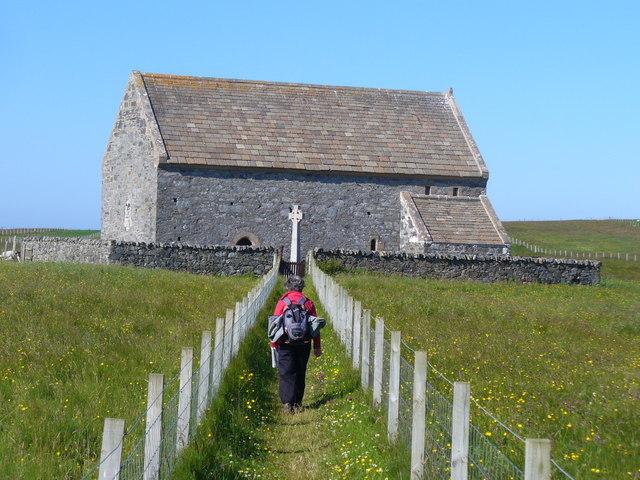 © Copyright Colin Smith and licensed for reuse under this Creative Commons Licence.

This ancient church, Teampall Mholuaidh, founded in 1300, was derelict but restored about 1912. The long and straight path to the church is paralleled by grassy strip fields.

St Moluag's church (Scottish Gaelic: Teampall Mholuaidh) is a 13th Century church in the village of Eoropie in Ness in the Isle of Lewis in Scotland.

The church has a basic T shaped structure, with two small chapels on either side of the main body of the church. The southern chapel can only be accessed from outside. There is a lot of speculation about the ancient origins of this place of worship; one tradition tells that St Ronan founded the church, before retiring to the Isle of Rona (in legend travelling on the back of a whale).