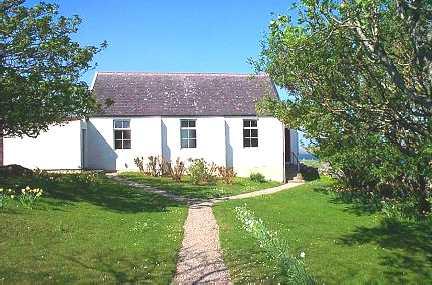 This former Church is on the west side of the A894 south of Scourie Bay.

In Eddrachillis, there had been no church building, so one was built south of Scourie. It was originally heather-thatched, but was later slated. (The building still stands, having been converted into a house c.1970.)