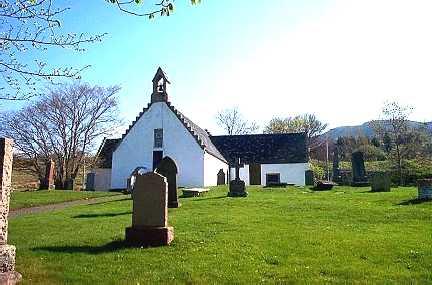 The church of Tongue parish, which was disjoined from Durness in 1726, was built in 1680 and virtually rebuilt in 1731 or 1728-9. An aisle from 1680 remains, and the Reay loft erected in the same year was removed in 1951 and is now in the National Museum of Antiquities, Edinburgh.

The church occupies the site of a chapel which according to MacKay was dedicated to St Peter; the nearby glebe lands are named Peter's Field. The village name "Kirkiboll" indicates a foundation of the Norse period.

An unpretentious building on the T-plan with the date 1860 over a door in the west wall of the south transept. It is in use for public worship.