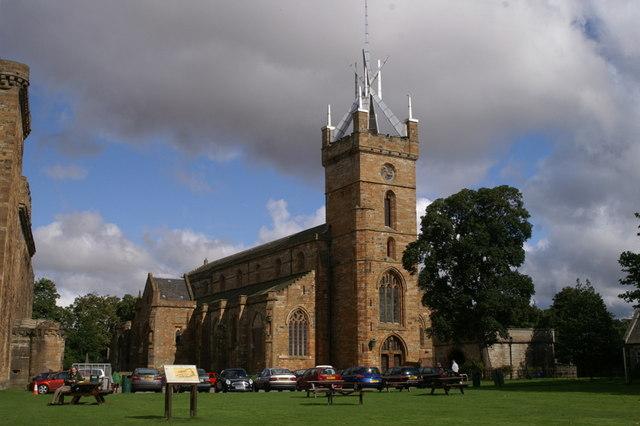 "St Michael is kinde to strangers". So runs the motto of the Ancient and Royal Burgh of Linlithgow. St Michael is the patron saint of the town and, in the form of the ancient church of that name, he still stands guard above its inhabitants, both residents and strangers alike.

Although it is undoubtedly of earlier origin the first mention of "the great church of Linlithgow" is in a charter of 1138 in which King David I gifted it "with all its chapels, lands and other rights" to the Cathedral of St Andrews.

On 22nd May 1242, the Church of St Michael of Linlithgow was consecrated by David de Bernham, Bishop of St Andrews. Whether he was hallowing a new building or rededicating an established House of God, is not certain. What is clear is that the ancient kirk has for centuries been recognised as a place of worship and as an historical memorial without equal in Scotland.