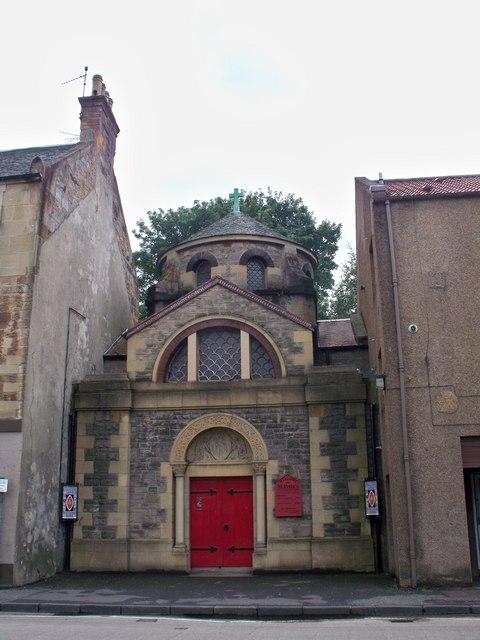 St Peter's Episcopal Church, Linlithgow
Although originally intended as the building for St. Peter's Mission, when work on Linlithgow's Scottish Episcopal Church was started on May 18th, 1927, it was as St Mildred's. The Foundation Stone was laid by Colonel Maclaren of the Craigs and the contractors went to work: W. Hardie, builders; D. McPherson, plasterers; G. Downie of Bo'ness, joiner and glazier; A. Hamilton, electrician; Turner and Rowley of Falkirk, plumbers. One year later, the building was complete.

In 1978, on the fiftieth anniversary of its inauguration (as St. Mildred's), the church was officially renamed as the church of St. Peter the Apostle, Linlithgow.