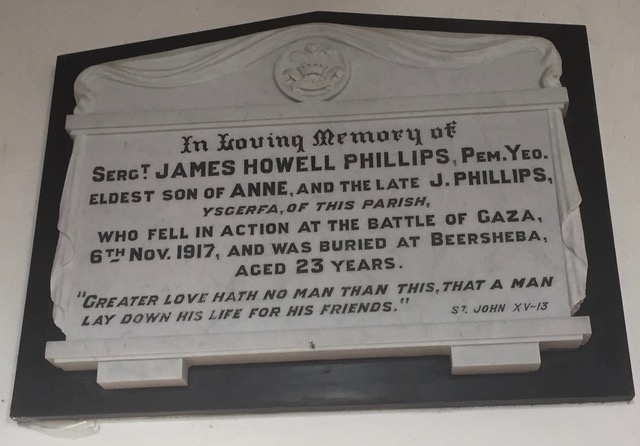 James was the son of John and Anna Phillips of Esgerfa/ Ysgerfa, Abernant.
He enlisted at Carmarthen in September 1914 into the Pembrokeshire Yeomanry.
James  sailed to Egypt in March 1916. After a year on the Suez canal defences the Pembrokeshire and Glamorgan yeomanry merged to form the 24th battalion, Welsh regiment.
James Lewis took part in the advance into Palestine  and fought at the second and third Battles of Gaza.
James was killed during the attack on the Sheria Heights on 6th November 1917.
He was 23 years old and  is buried at the Beersheeba War cemetery.

His memorial is in St Lucia’s, Abernant.