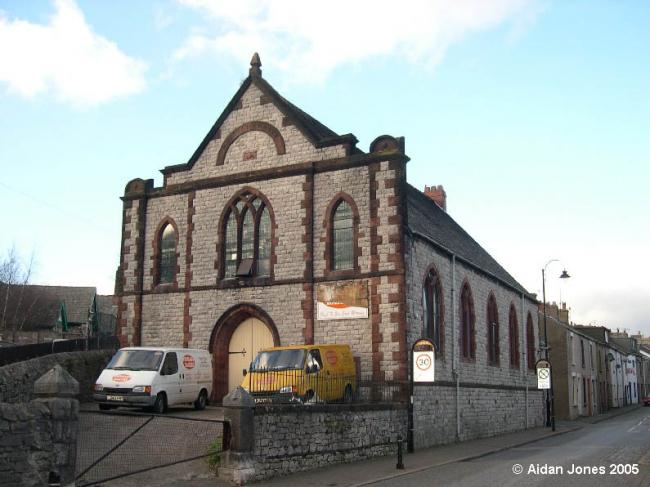 The Baptists met initially in temporary premises, including the former Wesleyan building on Skelgate. A new Baptist chapel opened in 1885; it was last mentioned in Furness Year Book 1939 (although marriage registers had been formally closed in 1928). The Chapel is now closed and the building used for commercial purposes. It is clear from later references in A History of Tottlebank Baptist Church 1669-1999 that it continued to operate after the Second World War. The book notes that eventually "with Dalton church due to close at the end of January 1963 ....the maintenance of Baptist witness in the peninsula seemed more precarious than ever" ( pp 53-54).

In 1868 a small society of Baptists was formed which first met in a room over the Temperance Hotel in Ulverston Road. Their first minister was a Welshman, the Rev. Mr. Thomas, who came amongst them about this time. They too migrated to the old chapel at the top of Skelgate which the Primitives no longer required, and they subsequently met for a short time in the Assembly Room of the Wellington Hotel. In 1872 their present chapel, the commodious iron edifice in Broughton Road, was opened. That so many different sects of Nonconformists are represented in so small a town is remarkable. This probably is accounted for in part by the mixed character of the population. Besides the, original inhabitants of the district it is well known that many of the Daltonians are Cornish and Welsh folk. There are also a few Manx, Irish, and Scotch. The founding of the Baptist church is due, partly, to the Welsh, who gave towards the erection of the present building on condition that one sermon should be preached there every Sunday in the Welsh tongue, a claim which has been relinquished since the society of the Welsh Calvinist Church was formed.