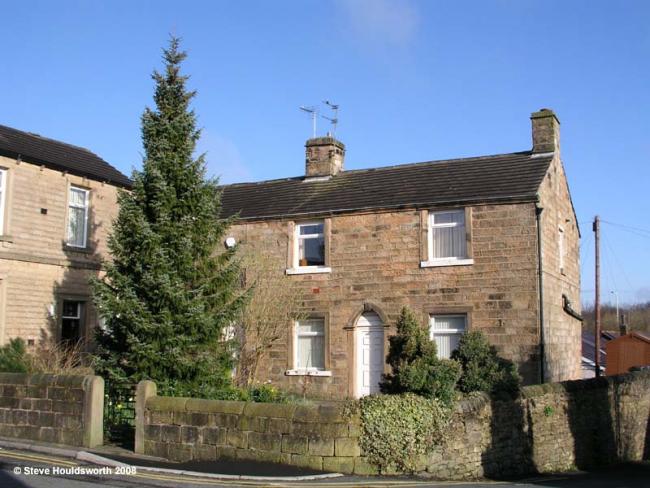 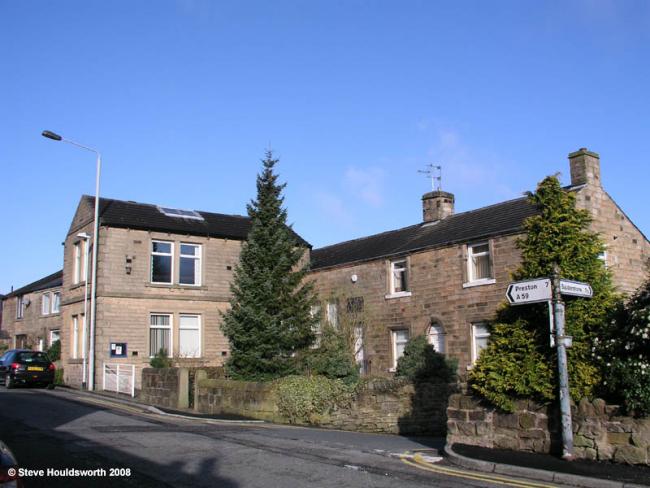 On the 24th June 1823, an indenture was made between Thomas Turner and his wife Mary, both from Balderstone, and William Eccles of Blackburn. This indenture was for a parcel of land in Balderstone at a yearly rental of £3-2s-10d, the lease to last for 2,000 years.

By November of the same year, Mr William Eccles assigned this plot of land to the following group of gentlemen, namely:-

- who wished to build a Chapel to be used for Divine Worship according to the doctrine and practice of protestant Dissenters and who claimed the principles of being Independents.

The Independents remained in the premises till circa 1830/1831; after which the premises lay dormant for two years until 1833 when it was purchased by members of the Church of England. The purchasers being the Lord Bishop of Chester, the Vicar of Blackburn and the Reverend William Hartley of Balderstone. The property at this stage was bought for £110 plus the residue of the original 2,000 year lease from 1823 plus rent.

By the following year a circular was issued stating that it was proposed to use the premises as a licensed place of worship, and on week-days as a school, and invited and obtained subscriptions to cover the cost of the purchase and that of repairing and altering the building for these purposes.

By now the premises was known as St Saviours Chapel, Mellor Brook.

An elementary school was accordingly maintained in the building on week-days and religious services maintained in it on Sundays until 1859, and at irregular intervals thereafter until 1869.

During this period, 17 Oct 1863, an Indenture was made between Thomas Turner, joiner, in the 1st part, Richard Blackshaw, Accrington, cab driver, Thomas Blackshaw, Balderstone, cotton spinner, William Dewhurst, Ribchester, tailor and his wife Mary in the 2nd part, and Robert Carr Radcliffe, Blackburn, attorney of law in the 3rd part regarding the partitioning of the freehold premises which included the land and the chapel, three days later Thomas Blackshaw conveyed the ground rent on the same estate to William Baron, innkeeper from Blackburn for £60. At this stage William Baron had control over all of the ground rent on this parcel of land plus hereditaments.

In 1869 the building was in a poor state of repair, and with the original trustees all being dead, an application was made by the current vicar and a churchwarden of Balderstone to the Charity Commissioners, who in turn appointed the incumbent, Rev. Robert Rawstorne, and churchwardens of Balderstone as trustees and established a scheme directing that the chapel building should be used for the instruction of the neighbourhood poor.

Everything remained in force until 25th January 1893 when an Indenture was made between James Richard Baron of 76 St Marys Road, Garston, pawnbroker and William Baron, High Street, Golborne, Lancashire, pawnbroker in the 1st part, Mary Baron, Back Oddfellow Street, Blackpool, widow in the 2nd part and Rev. Robert Atherton Rawstorne, Vicar of Balderstone, and Robert Carr Radcliffe, solicitor and John Fielding, Balderstone, farmer (the later two being churchwardens of Balderstone), in the 3rd part.

William Baron formerly of Blackburn, innkeeper and late of 5 Back Oddfellow Street, Blackpool and a fruitier at his death, bequeathed that his sons the said Richard and William sole executors of his estate and that his wife Mary should receive 8 shillings per week until her death. After her death all estate had to be sold and divided equally between his sons. William Baron died 18th June 1891 and his will was proved 8th July 1892. At this stage the Vicar and Churchwardens of Balderstone agreed with the said James Richard and William Baron the purchase of the said annual rent and hereditaments for £85 and Mary Baron agreed not to accept any further rental.

The property and land at this stage were conveyed to the vicar and Churchwardens of Balderstone.

Meanwhile, three years earlier, in 1890, Rev. Rawstorne decided that he would do something to alleviate the problem of boredom that was prevalent among the young men of the community. At his own expense he purchased a two room cottage and turned it into a Reading Room. It had been intended that this room should be open for 9 months of the year, but its popularity increased and before long it had attracted a membership of 50; gambling was not allowed, and all members were expected to refrain from any form of improper conduct and swearing. With the chapel now being in hands of Balderstone Church and the Reading Room in need of extension due to its ever increasing membership, Rev. Rawstorne again funded new premises to encompass both a Reading Room and Recreation Room. He also presented the now extended property with a billiard table providing that the membership would bear the cost of heating, lighting and cleaning. This new extension was opened on the 11th January 1895 and a stone over the upstairs window still bears the date 1895.

On the 24th December of the same year, possibly to compensate for the land lost in erecting the new property, Cecil William Montague Feilden of Witton Park gave a parcel of land to the Incumbent and Churchwardens of Balderstone, consisting of 360 superficial square yards, to be used as a playground for Mellor Brook School.

Mellor Brook School remained as a Primary School for children up to the age of seven, until 1962, when the Education Authority decided upon its closure. Being the property of the Church, meetings were held regarding the future of the building, and by October 1965 the idea of it becoming a Community Centre had been forwarded. The Parochial Church Council of St Leonards, Balderstone, at this stage authorised the vicar, Rev Norman Hodd, to offer the building for sale to the Parish Councils of Balderstone and Osbaldeston for £250. This offer was accepted, and by April 1966 agreement was reached and Mellor Brook Community Centre came into existence.