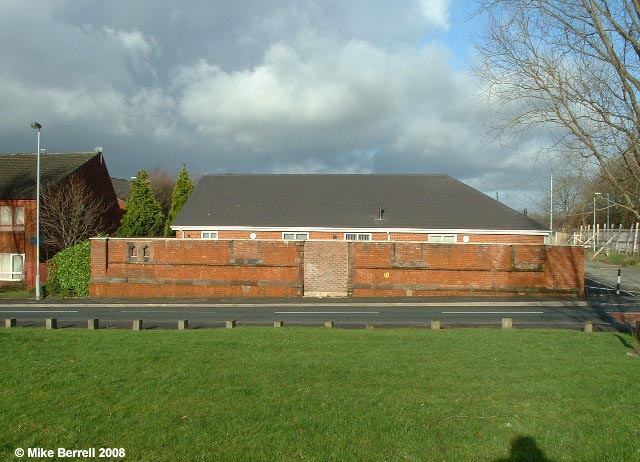 It was founded in 1871 and closed in 2007. The parish has merged with St Patrick's, Collyhurst.

This church grew up from St. Patrick's. It was founded as a chapel-of-ease by Canon Cantwell in 1871, and was dedicated to St. Edmund, Archbishop of Canterbury. A school-chapel was opened in 1873 and a new mission established in 1877, when Fr. de Splenter, later a Canon, was placed in charge of the growing parish. He enlarged the schools and opened a new church in 1896. Canon de Splenter was forced by illness to retire in 1898. He was a Belgian who volunteered for Salford diocese. In Rome he obtained a Doctorate of Canon Law and came to teach at Salford Catholic Grammar School. In his spare time he used to visit in the Mount Carmel district of Salford. When Canon Moyes went to Westminster, Canon de Splenter was made Canon Theologian. He died in retirement at Courtrai (1899). Dean Bradley guided the parish's destinies for thirty-one years. The parish has relics of the True Cross and of St. Edmund.

Some of the above information was kindly supplied by Fr. H. J. McCabe, the present parish priest.